After months of hiding behind his publicists and not posting to his social media accounts, Tory Lanez finally broke his silence and apologized to Megan Thee Stallion via text message. The Canadian rapper was confirmed to be the shooter that wounded Meg on July 12 after leaving a house party when Meg went on Instagram Live and called him out in front of thousands of viewers.

Lanez said he is “sorry from the bottom of my heart” and that he “was just too drunk,” according to People. Excuses, excuses. There is nothing that could justify Megan being shot. Even if he was “too drunk” like he claims, he should’ve never let himself get to the point where he was unable to control his actions. Not to mention that in no place in his apology did he ever explicitly state what he was sorry for. Aaron Mitchell, a freshman at Columbia College Chicago said, “If he had to break the silence after months, then he did that with ill intent.”

It doesn’t even seem like the apology was genuine. Who apologizes through text messages? It’s childish and insincere. He did this for one of two reasons: his guilt was either eating him up or he continued to get attacked on social media. “An apology can’t fix a bullet wound. He needs to serve jail time and be held accountable,” said Keith Edwards, a freshman at Harold Washington. This phony apology doesn’t take away the physical or mental pain that Meg had to suffer.

Lanez’s former bodyguard, Zyir Brown, chimed in on the conversation. “I’ve never seen him [Tory] do anything physical to a woman…I’ve never seen him get mad or violent,” said Brown, according to Page Six. The thing here is the fact that this bodyguard wasn’t at the scene when the incident took place and of course he’ll side with Lanez since he’s never had a negative encounter with him. Either way, no one should assume what did or didn’t occur, especially if they weren’t there to witness it themselves.

Hopefully, Meg gets the justice that she deserves when Lanez appears in court next month. He needs to be punished for his actions, especially since there is actual proof that the event took place. Let’s hope that this situation is rectified soon and everyone can continue on with their lives without this burden following them. 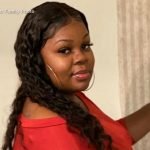 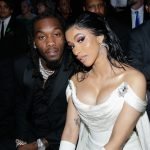