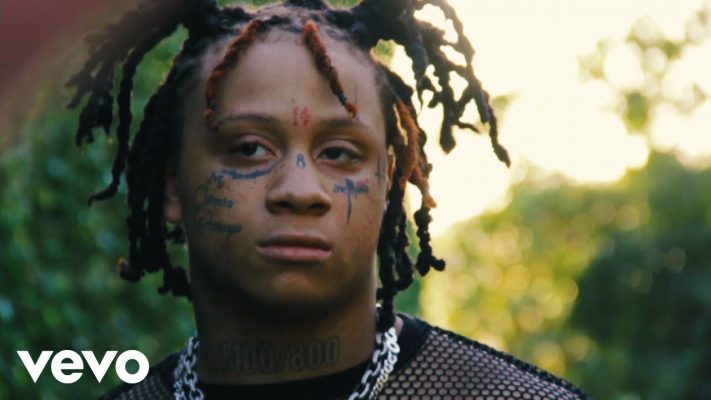 I’m usually not into mainstream rap, but when I saw Trippie Redd’s A Love Letter To You 4 chart at No.1, I had to check it out. The intricate and oddly beautiful cover art was eye-catching considering it was uncommon for a rapper to be sporting purple glitter tears and water droplets on their face. I just knew there was going to be something different about this one.

A Love Letter To You 4, a towering 21-track project, has a variety of songs that range from him singing about his broken heart, rapping about how he doesn’t need love, and just going ham with hard hitting features like DaBaby, Tory Lanez, and Juice WRLD. He shows his versatility and vulnerability with this project by truly creating what he wanted to and saying a big FU to anyone who has something to say about it. It created a connection with him as a listener, because it was very clear that he made these songs for himself. He had feelings and thoughts that he needed to cope with, talk about, and acknowledge through these songs.

Trippie Redd has never been afraid to show his pain or hurt through his music which is really progressive in these times of extreme toxic masculinity. In this project, he doesn’t fold back on this with the first track, “Leray” being a spoken word piece expressing his feelings towards his ex-girlfriend. He went through a very public breakup with Coi Leray and went through a back and forth on social media as she posted photos with other rappers. The rapper also deals with depression and frustration from losing close loved ones like XXXtenacion, his older brother, and recently Juice WRLD which he is very vocal about in his music and on social media. Trippie Redd is a normal person that experiences heartbreak and sadness which is the main takeaway from A Love Letter To You 4. It’s complex and it may be an acquired taste for some people.

I’ve seen Trippie Redd get a lot of hate for this album. According to Variety, the album is “oddly disjointed” and he should pick a path and just stick to it. In my opinion, it works. I can listen to this entire project on repeat for days, and I really did this for about a week straight with no problem. So check it out, especially if you like experimental rap that incorporates rock and R&B. Trippie Redd has an unconventional sound and approach to music, but there may be something for you on there!