In Memphis, TN, a 22-year-old man faked his transcript and enrolled as a senior transfer student at Memphis Ridgeway High School where he posed as a high school basketball star. He had his wife pose as his guardian so he would have a backstory as to why he was enrolling there.

According to Channel 3 news, WREG, in Memphis, McKenzie Sewell never graduated high school, instead he got his GED. He also set up a “Be Recruited” profile online portraying himself as 18. He was caught and got his school disqualified from the tournament in the middle of finals. Although he wasn’t arrested for faking his transcript he was thrown in jail for having an inappropriate relationship with a high school student.

This entire scenario doesn’t make much sense. What are you gaining from saying you are 18 and enlisting in a high school. Were you deprived of something? Did you think you could make up your last high school days by enrolling in the school again? Whatever he was thinking, he was being selfish. There could have been some valuable people on the team he got disqualified. He probably killed some dreams in the process too.

This just proves that it doesn’t pay to lie.

Is there anything you love so much that you would risk telling a monstrous lie to get what you desperately desire? If so, what is it? 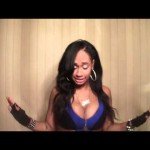