What do we elect these senators for? They can’t even do what their constituents need them to do. The Capitol riots and klans of Trump’s goons threatening their life wasn’t enough to motivate them to convict a president that has done nothing but promote division, bigotry, fascism, and anarchy in his multiple attempts to overthrow a democracy that has given him chance after chance.

Just last Saturday, the first president to ever be impeached twice, was acquitted in his second impeachment trial for inciting the violent and insurgent attacks on the Capitol last month.

With the support of all 50 Democrats and seven Republicans voting Donald Trump to be guilty, the Democratic majority Senate failed to reach a two-thirds majority to finally hold Trump accountable for his abuse of power during his presidency. If the House could move swiftly just a week after the Capitol riots to impeach Trump, what was stopping the Senate from finally delivering justice?

I don’t think you all understand the magnitude of this impeachment trial. So, let me explain. Despite Trump’s multiple attempts to obstruct justice and overturn an election that he fairly lost, his incitement of domestic terrorists and insurgents on the January 6th Capitol riot, and his disruption of peaceful transfer of power, Trump has been acquitted from all charges and is able to run in the next presidential election.

Imagine another four years with Trump as president. Sounds like the end of the world to me. I don’t know about you all, but I’m scared. I mean look at what his loyal supporters are capable of. If it was perfectly permissible to acquit Trump, then the government is telling us that mobs of violent political insurgents and Proud Boys who stormed the Capitol for the honor of their leader can be excused. It means that these same people can continue to get away with the very same crimes that their former president has gotten away with not one, but two times.

At this point, Trump can get away with murder. Funny thing is, the blood of the five people that died at the Capitol riot is on his hands. However, I will applaud the Democrats, especially Delegate Stacey Plaskett who worked endlessly to expose Trump and his supporters for what they truly are–treacherous and hateful insurgents who aimed to overthrow the democracy. “I know that people are feeling a lot of angst and believe that maybe if we had (a witness) the senators would have done what we wanted, but, listen, we didn’t need more witnesses, we needed more senators with spines,” Plaskett told CNN.

Although Trump got away once again, the only thing keeping my hope that justice will be served alive is the fact that Trump can’t evade prosecution for his criminal and civil misconduct or lawsuits by the NAACP and Representative Bennie Thompson. Sen. Minority Leader Mitch McConnell has been one of the most vocal to recently speak out against Trump. “He didn’t get away with anything, yet,” McConnell said. “We have a criminal justice system in this country. We have a civil litigation. And former presidents are not immune from being [held] accountable by either one.”

Sit back, guys. We have front row seats to the demise of Donald Trump and let’s be honest, it’s long overdue. 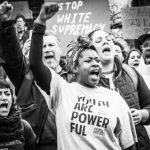 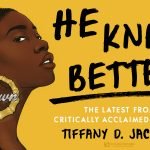