Are Americans really ready for history to repeat itself? Donald Trump’s recent announcement to run for president again in 2024 is proof that he thinks we are.

According to an article by CNN, if he won, it would make him the second president ever in the United States to become president in two terms that didn’t run side-by-side, but more importantly, what would it mean for the future of our country?

He announced his candidacy at his Florida mansion, Mar-a-Lago (where just a few months ago was raided by the FBI for possibly withholding classified documents from his old term), saying:

“In order to make America great and glorious again, I am tonight announcing my candidacy for president of the United States.”

It’s an understatement to say that this spells a lot of trouble for us if he wins again. Not only did he start an attempted insurrection at the capitol building, but his own party caused a country wide abortion ban to be the major issue during the 2022 midterm elections. If he was president, that could become a reality. The problems he could cause are countless; huge steps backward in solving climate change, protecting women’s rights, and fighting racism.

The year 2024 is gonna catch up to us really soon, and now is the maybe the most important time in our lives to vote. Young voters were essential during the midterms to keep Republicans out of women’s bodies in a ton of states, and now 2016’s nightmare is coming back. You’re gonna be hearing it a lot later on, but always keep this in mind: vote, vote, vote! 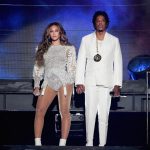 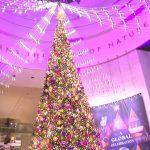