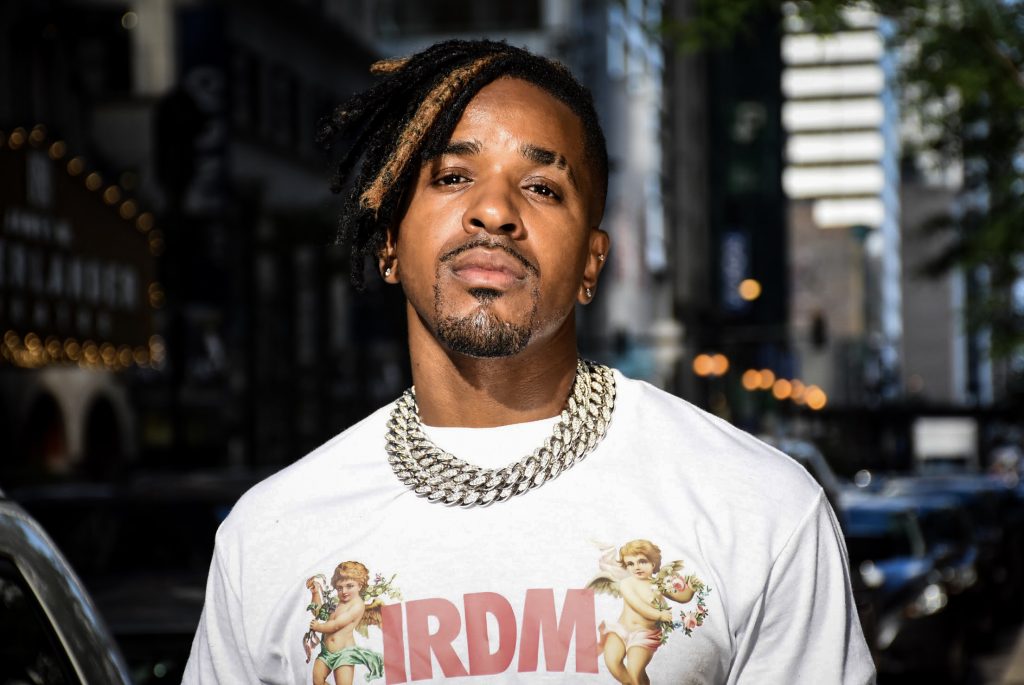 In a music industry flooded with tons of artists that have unique sounds and flows, there is one voice that stands out. Matt B is a breakthrough R&B star who is not afraid to think outside of the box when it comes to capturing fans’ attention. Make no mistake, if you haven’t heard of Matt B yet, aka Matthew Benson, it’s not because he’s brand new and fighting for the spotlight. His time has been spent influencing the airwaves in Japan as part of the Starbase International record label. From hit albums like LOVE & WAR and Dive, to reaching No. 1 on the iTunes R&B charts, to 1.1 million plays on Apple Music and 1.4 million plays on Spotify, Matt B has had several achievements and has a lot more to look forward to. With a new album set to drop in 2020, the self-proclaimed “Chicago’s best kept secret” is working hard to build his U.S. fan base. This True Star one-on-one interview gave us a deeper look into the life, sound, and upcoming major moves of Matt B.

TrueStar.Life: Matt B, tell us what neighborhood you’re from.

Matt B: I’m from the South Side. I grew up in the Hundreds in the Pullman neighborhood.

TSL: As far as the music, what made you want to become an artist?

MB: One thing that stands out to me is the influence of my mother, aunt, and my grandmother. Especially with my grandmother singing gospel music. She sang with Thomas A. Dorsey, the founder of gospel music. She traveled all around the country during a time when it wasn’t safe for Black Americans to do that. Her and my mother influencing me through the church really made me want to do music.

TSL: What influential artists have you met on your musical journey?

MB: Rhymefest is my mentor. Not only is he an artist, but he also helped pen the record “Jesus Walks” by Kanye West. I had an opportunity to do a collab with T-Pain. I met Twista who is an influence of mine. Trae tha Truth, a rap artist from Texas, I met him as well. I’ve also worked with Grammy-award winning producers Brian-Michael Cox and Tricky Stewart who have worked with Usher. 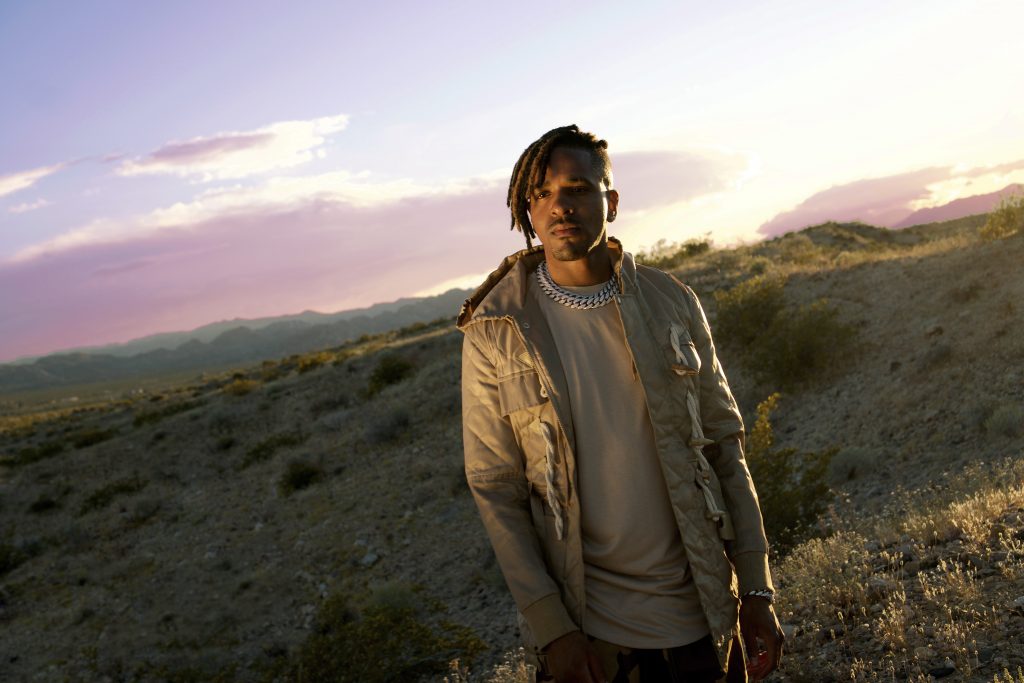 TSL: Your music is a huge deal in Japan. How did you go from growing up on the South Side to climbing the international charts?

MB: I produced a lot of the music at home with my studio set-up, uploaded it to YouTube and it just sat there for two years. One day, a Japanese label reached out to me like, “Hey, these 14 tracks right here, we want to turn these into your debut album if you’re interested in signing with us.” So, I signed with them and the rest is history.

TSL: Why didn’t you choose to break into the U.S. music market first?

MB: I dabbled in the U.S. market. That definitely was my focus since I’m from the United States. At the same time, an opportunity presented itself to me that seemed risky, but if you don’t take any risks in the music industry then it’s very difficult to move forward. I had to trust that the Japanese label was going to do right by me and my music. And they did. They distributed physical and digital copies of my music. The physical copies were distributed in over 1,400 stores in Japan. About 50,000 copies of my first album and another 50,000 copies of my second album were sold. It was an experience!

TSL: What makes your sound different from other artists?

MB: The influences that I pull from. It’s a fusion of older, contemporary R&B with the new-school R&B. Taking those strong melodies and bringing them back. Usher, The Chi-Lites, The Temptations, Stevie Wonder and the list goes on of artists who have touched me musically and allowed me to pull from their creativity to make something new.

TSL: You are currently on your holiday tour. Can we expect to experience a more mellow and smooth Matt B sound? Or the lit Matt B?

MB: That’s something I try to balance because I like to have fun! There will be a lot of holiday songs from “This Christmas” to “All I Want For Christmas Is You,” but I’m still going to bring that energy. I want to make sure I’m having fun with the records too. 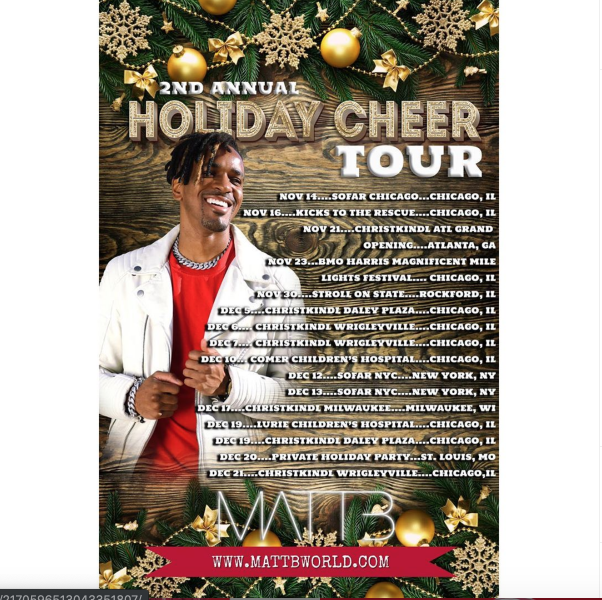 TSL: Your debut album is set to drop next year. Congrats to that! What can fans expect from this project?

MB: I want to go back to my roots. I love turn-up music, but there’s a mix of meaningful and heartfelt content. It’s something fans can vibe with, bob your head to and it’ll really pull on your heartstrings. I also have an EP coming as well.

TSL: Tell us about your new EP.

MB: The name of the EP is No Days Off. It will be released on December 5th. It’s a five-track visual EP. The production, recording, music videos and the instrumentation is very Chicago. Even though I do have that success in Japan, I want to show my hometown love. Chicago is at the core of what I do. I wanted that to be represented with this project.

TSL: There are a lot of young, aspiring artists and musicians in Chicago. What would you tell your teenage self about working to become the next star?

MB: You have to put in those 10,000 hours of real dedication to the craft. Be patient. Understand that if your time is divided, that’s okay. If you have things going on in life that you can’t maneuver around but instead have to go through, just realize that at the end of it all you still have to put in those 10,000 hours. Unless you hit that mark, things aren’t going to go the way you expect them to. 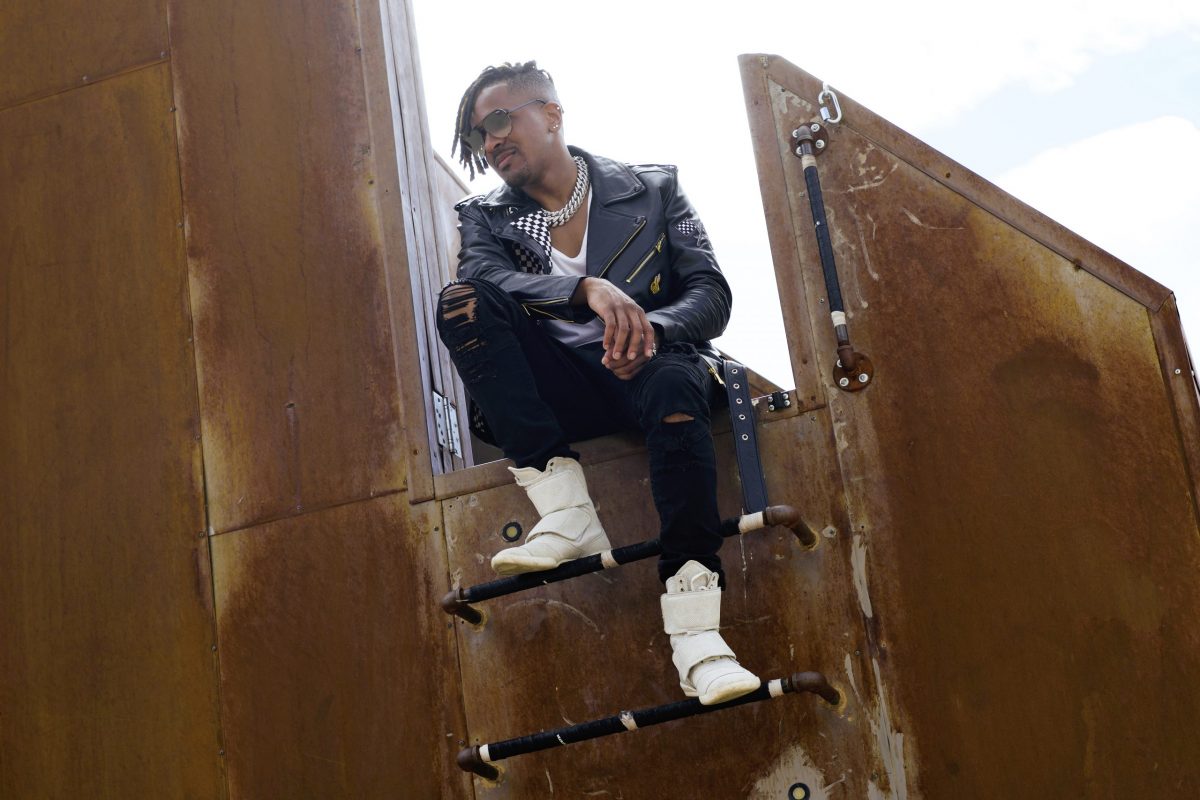 TSL: Who is your all-time favorite Chicago rapper? Singer?

MB: Rapper, I’m going with Kanye! My favorite singer would be Sam Cooke.

TSL: Do you have a dream collaboration?

TSL: What was the last movie that you watched?

MB: I went to the premiere of American Son. The movie with Kerry Washington. It’s a very powerful film.

TSL: What was the last song you listened to?

MB: “Too Commas” by Poo Bear. He’s a writer/producer/vocalist who’s done a lot of work with Justin Bieber.

TSL: What was the best advice you’ve ever received and who did it come from?

MB: That would be to keep God first. That came from my mom. It doesn’t get more direct than that.

MB: Netflix all the way. The last thing that I watched was a sci-fi series called Another Life. The world was being destroyed and people had to save it from crazy aliens. I’m not fully convinced that we went to the moon, but I still love sci-fi films!

TSL: What do you love most about Chicago?

MB: The people and the architecture. Fun fact, I actually have a background in architecture. So, I’m really into the modern, contemporary landmarks in Chicago. From the Buckingham Fountain to the Sears Tower to the beautiful bridges. Chicago has some of the richest architecture in the world. You can learn a lot here.

Make sure you step into Matt B’s world and get in tune!