At a congressional hearing in 2019, former United States Secretary of the Treasury, Steven Mnuchin, announced that the decision to redesign the $20 bill would most likely be made by another secretary. As expected, people were upset at the Trump Administration for their lack of prioritization with replacing former slave owner, Andrew Jackson with Tubman who freed over 300 slaves via the Underground Railroad. However, despite this setback, with Biden in office things are finally back in action, but not everyone is excited about this news.

There has been a reasonable amount of backlash following the decision to put Tubman on the $20 bill since it was announced last week. Some people believe that putting Tubman on the currency before giving out reparations is an insult to the Black community. Others believe that Tubman would not have wanted to be the face of U.S. currency.

Brittany Cooper from Time says, “Harriet Tubman’s life was about fighting against the system that treated Black lives and Black bodies as property, currency and capital. She was a great emancipator, freeing herself and hundreds of others and helping to bring the Union forces to victory working as a spy in South Carolina during the Civil War. Would she consider it an honor to have her likeness plastered on American currency? And if she agreed to the honor, what would she ask for in return?”

I agree with Cooper’s sentiments. Tubman being on the $20 bill will be nothing more than representation for Black people. It will not fix the years of anguish that Black people have endured in the United States. It won’t put an end to systemic racism or contribute to the growth of Black society. Of course, seeing a Black woman or a Black person in general on the U.S. dollar would be a testament to the trials Black Americans have overcome, but there is still so much to be done before we can celebrate this small victory. 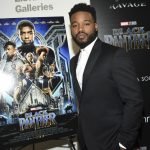 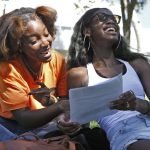