Pride Month may be over, but I think there’s no time like the present that we open up an important conversation: bisexuality within relationships. As someone who identifies as bisexual, and simply a member of the LGBTQ+ community, I’ve seen many misconceptions about bisexuals and how relationships operate when your partner is bi. So let’s debunk it.

I’ve met people who believe that those who identify as bisexual are simply “confused” or that they’re using it as a pit stop until they figure out their sexuality. Bisexuality is just as valid as being gay or lesbian. If someone identifies as such, respect that.

Another misconception that people make is when they think that someone who identifies as bisexual no longer is one because they get into a relationship with someone of the opposite gender. WRONG! Sexuality isn’t something you just flip off and on like a light switch based on who you’re dating. No matter if someone is dating a person the same gender as them or opposite, they are still bisexual until they say otherwise.

Also while we’re at it, let’s stop spreading this notion that bisexual people are more likely to cheat. It’s damaging and a completely wrong way to look at a group pf people and relationships. If there is cheating taking place in a relationship then there are other things that need to be evaluated. Cheating isn’t something that’s based on one’s sexuality.

Remember to respect people for who they are and their identities. 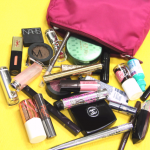