Within the past few days, many global leaders have gathered to find a compromising solution for progress in the decline of climate change. The event held in Glasgow, United Kingdom, between October 31st and November 12th is to ensure that there is a pivotal movement in the fight against climate change. Vanessa Nakate will be among those attending this event.

Climate justice activists Nakate, of Kampala, Uganda, became a celebrity in December 2018 after becoming concerned about the unusual high temperatures in her country.

Nakate, 24, holds a degree in business administration in marketing from Makerere University Business School. She was the First Fridays For Future climate activist in Uganda and founder of the Rise up Climate Movement which aims to amplify the voices of activism from Africa (United Nations). As mentioned in her open letter to Global Media in Time, alongside Greta Thunberg—another outspoken climate activists—she stated, “the very people who have done the least to create the climate crisis are suffering the most.” Climate related traffic catastrophes are mostly mentioned in California or Australia but there is very little coverage given to communities across the globe.

Nakate was one of the young people who was invited to speak at COP25 in Spain. Among 20 climate activists, she expounded a letter addressed to the participants of the World Economic Forum in Davos, calling on them to stop subsiding fossil fuels.

She has identified, alongside Thunberg, three points that impact climate crisis. One being notion of time, the idea that “time is ticking” and things need to be done quickly in order to help produce a better climate. Second being, holistic thinking, this covers the idea of not letting high income nations and big polluters be “off the hook” which creates irregular and incomplete statistics. Lastly, and what she also says is the most important of them all—justice. She furthers on to say that climate is about real people and she emphasizes on the word people to highlight how real and unfair this issue is. This is why they conclude this urgent call to evoke fundamental change.

In times such as this, where scientists didn’t even think we would be in the position we are now, people such as Nakate are bringing awareness and a voice to countries where there is not as much interest in the decreasing effects of climate change. Without a doubt Nakate shows resilience that is needed in order to actively fight against the pressure of climate change.

As stated in her interview with Time magazine, “You are among our last hope… we can still turn this around. Whether or not you choose to rise to that challenge is up to you. Either way, history will judge you.” 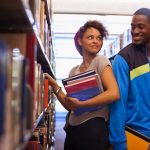 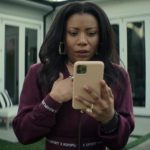