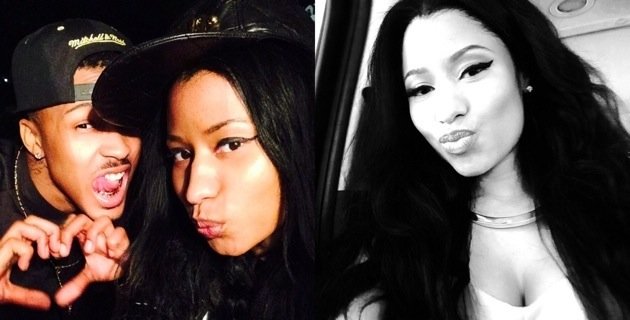 After weeks of Nicki Minaj and August Alsina teasing fans with pictures of them on the set of the highly anticipated ‘No Love’ video set, it is finally here. The video features August as the ‘player’ type with two girls, one he is with in public and the other he’s only with in private.

You know I can’t make this thing that official

You don’t like that I make this easy, leaving

Shawty if you looking for somebody tryna settle down

Probably won’t be around nah baby

There are several scenes of August with Ariana popping bottles in the club having a good time and scenes with August and Nicki spending quality time talking, flirting and taking selfies. Eventually, Nicki gets fed up and makes August realize that she is different and is the one for him singing:

August you know, I’m here to save you

Me and them girls, we ain’t the same boo

You know I hate it, when you leave me

Cause you love it then you leave it

But you know how bad I need it

In the end he is forced to make a choice. Who do you think he chose?

My name is Taylor Carr. I am a junior public relations major, graphic design minor at Howard University. I am an aspiring event planner and entertainment publicist.

"It's better to be absolutely ridiculous than absolutely boring."
-M.M.