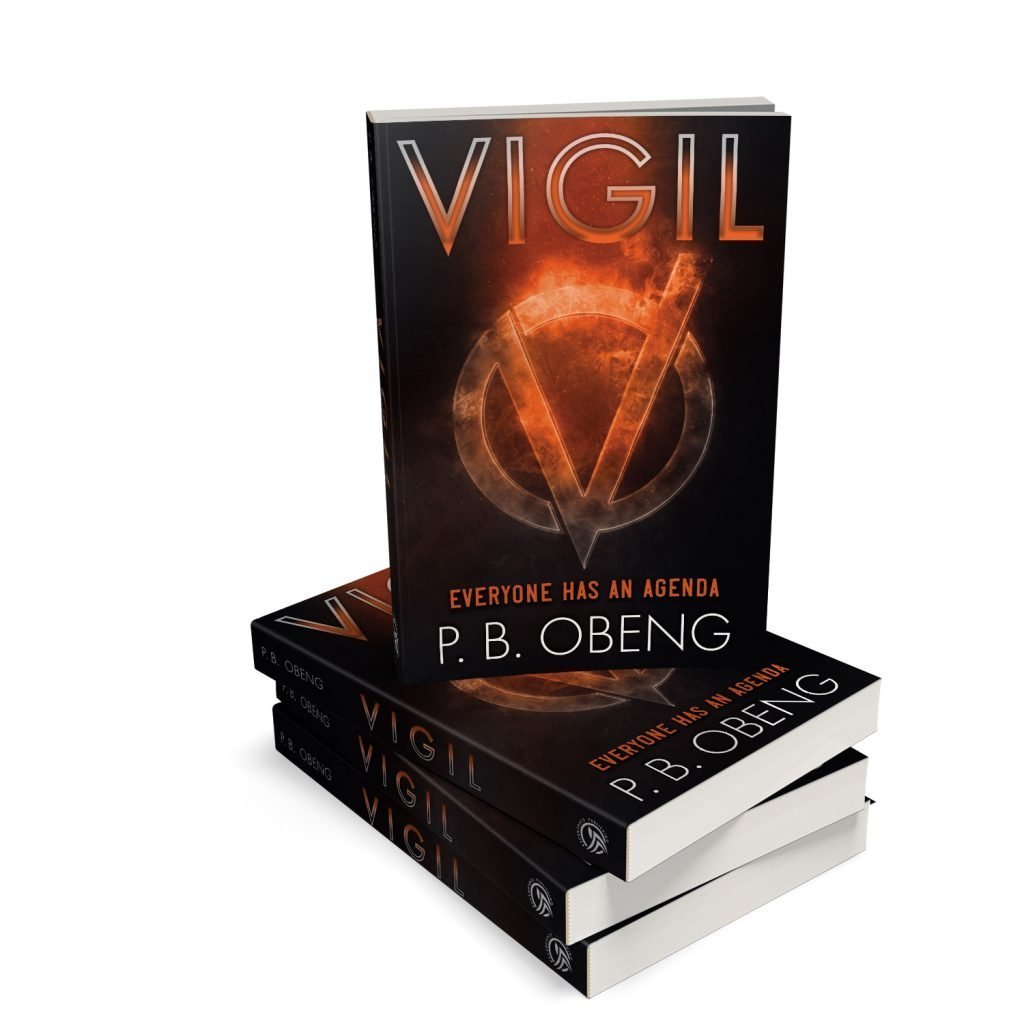 I was BEYOND excited to read and review Vigil by P.B. Obeng! It’s about a team of highly skilled, trained, and lethal “advanced” humans, aka people with superpowers. I’ve been obsessed, and I mean obsessed with superhuman abilities ever since I started reading X-Men comics as a kid. Remember the X-Men cartoons where Ororo Munroe, aka Storm, was an absolute queen? So yeah, I’ve been hooked on the idea of superhumans ever since. I definitely HAD to read Vigil because it’s also about this team of mainly Black and Brown young adults learning to work together and get to the bottom of a corrupt government.

I was instantly pulled in to the story (I’ve been in a reading slump lately and have struggled to get into books), but Vigil snagged my attention right away! Immediately, the book starts with action. I loved the fight scenes especially, as well as all of the detailed descriptions of the super high-tech weapons that Vigil uses. The fight scenes were described so vividly that it felt like I was actually there. The action overall kept me on my toes. The story constantly shifted gears and dropped surprises on the reader, but there were still clues and hints about what might happen.

*Women in positions of power (can anyone say Girl Boss?)

*Loads of jokes and witty banter between squad members

*The writing. 🙁 Ugh, I hate to say it, but I was NOT feeling the writing style. There was straight-up not a lot of description, and it was choppy at times. But it also boils down to personal preference. I Love details in my books. I want to know the characters’ facial expressions, their feelings, I want detailed descriptions of the setting, etc. I didn’t really get that from this book.

*Sometimes the conversations between characters felt cheesy and forced. At times the book read like a cheesy action flick.

Still, I’m REALLY pumped to read the second one. I just hope Obeng steps up the writing a little bit. There’s so much girl power and Black excellence in this book, along with a really cool plot filled with action and twists, but the writing holds it back. I really want this book to be a comic or a graphic novel, it would be epic! If you’re a fan of straightforward, “no fluff” writing and superheroes then THIS is going to be your book!