The Chief Executive Officer of Off-White and artistic director for Louis Vuitton, Virgil Abloh, has died of cancer at 41 years-old. Unknown to fans, Abloh–a Rockford, IL, native–had been privately battling a rare, aggressive form of cancer, cardiac angiosarcoma. The announcement of his death and the cause was posted from Abloh’s Instagram account. Since 2019, he had undergone treatments for his disease while balancing his significant influence within the fashion, art, and culture worlds. As the first Black fashion designer to become the artistic director for Louis Vuitton, Abloh’s impact was inspirational for thousands of Black creators.

According to cnn.com., “British Vogue editor-in-chief Edward Enninful called him ‘a giant among men,’ on Instagram, writing that Abloh always worked “to open the door to art and fashion for future generations, so that that they–unlike himself, would grow up in a creative world with people to mirror themselves in.” Abloh’s style was eccentric and unique to the brand he created–mirroring the staple piece of who he was as an artist that could never be mimicked. There’s a quote trending across socials from Abloh that has resonated with thousands of fans — myself included. “Life is so short you can’t waste even a day subscribing to what someone thinks you can do versus knowing what you can do.” This quote by Abloh is from an interview he previously did on Education, Art, Culture, and Design XQ America on July 29, 2020.

“Life is so short you can’t waste even a day subscribing to what someone thinks you can do versus knowing what you can do.”

In the process of making these legendary pieces that Abloh will always be remembered for, there was a specific image in his head throughout his creative process. He was quoted saying in an Instagram video, “Everything I do is for the 17-year-old version of myself.” According to nytimes.com., “For him clothes were not garments but fungible totems of identity that sat at the nexus of art, music, politics and philosophy. He was a master of using irony, reference and the self-aware wink (plus the digital world) to re-contextualize the familiar and give it an aura of cultural currency.” Just last July, Abloh was promoted to one of the highest positions within the LVMH that would allow him to work with the 75 brands; in the most powerful luxury group in the world.

Celebrities such as Kanye West, Hailey Bieber, and more have taken to social media to express their heartbreaking condolences over the loss of someone that sparked their inspiration. According to nytimes.com., “When he was 22 Mr. Abloh met Kanye West. That relationship set him on the road to Paris when, in 2009, Mr. West signed a deal for a sneaker collaboration with Louis Vuitton, and he and his creative team, including Mr. Abloh, headed off for fashion week and became the talk of the season. (A group photo of Mr. West, Mr. Abloh and their collaborators outside a show went viral online and was even satirized on “South Park.”). Abloh, a Chicago resident, and West revolutionized streetwear when it wasn’t on anyone’s radar and completely elevated the fashion industry. The duo had a dynamic that went far beyond fashion that transitioned into a forever brotherhood. During his first Louis Vuitton show, held in the gardens of the Palais Royale, attendees included West, Rihanna, and ASAP Rocky with 1,500 students.

In a quote that Abloh gave to The New York Times, he made it clear that his presence in the fashion industry will remain felt far beyond his years on Earth. “There are people around this room who look like me. You never saw that before in fashion. The people have changed, and so fashion had to.” 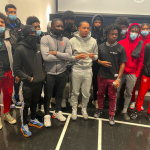 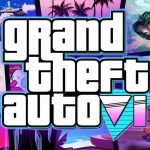