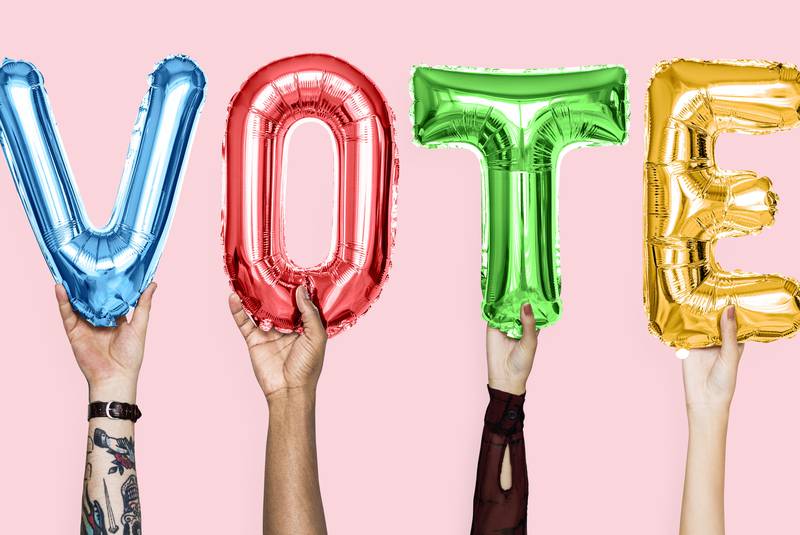 Y’all’s president’s time is coming to an end! It’s an exaggeration to say it’s been hell since the news announced Trump would be the face of America for the next four years, but it has been an extremely long and tough journey. I was a 16-year-old on the bus to school listening to YG looking around the bus at a bunch of people who either voted for Trump, decided to vote for Harambe (yes, the gorilla), or skip the voting polls all together. My friends and I were in shock because the man’s whole campaign was supposed to be a joke, but there we were with Mr. Build-A-Wall himself getting ready to move into the White House. Low-key, I was hurt because I felt like the whole country failed itself. I knew that regardless of how I felt about the political system, whenever I got the chance, I would vote.

That time has come. I’ve heard many people say they don’t plan on voting in the upcoming presidential election, but this is serious and it shouldn’t be taken lightly. I know you’re fed up with the system, and by all means, I feel how you feel, but allowing Trump to win another four years is not the way to go. Another four years of Trump could mean a lifetime! We have no idea what this man will do with another term, but I bet it will be just as bad or worse than 2020 has been. Don’t listen to people who say your vote doesn’t matter, because it does! Your voice matters just as much as the next person, so you should use it as much as possible. If you have a vision of the way the world should look then let that be known by choosing the candidate you side with the most (hopefully not Trump). It may only be with baby steps at first, but I think we have a better chance at abolishing, defunding, and all that other stuff without Trump in office.

Look I get it; this is America! We are entitled about any and everything in our daily lives. Voting is your option and you should be able to choose whether or not you want to vote, but if the 2016 election didn’t teach us anything else, we now know we have to do things we don’t want to do to make things better. Picking the lesser of two evils sucks, yet this is the system that is in place AT THE MOMENT. We should’ve progressed past a two-party system and we still can, but not voting once every four years will NOT change the system.

At the end of the day, you’re going to do what you want, but I’ll continue to annoy those close to me because every vote counts. You can register to vote at Illinois.gov, but you can type in “how to register to vote” on Google to go directly to the page. For more information, websites like USA.gov and vote.gov can answer most of your questions. Side note, if you can’t get to the polls don’t let that man in White House scare you into not mailing your votes in. Applications for mail-in voting were sent out, but you can still apply online NOW at elections.il.gov to get your ballot.