True Star got the wonderful opportunity to attend the premier of Black Panther: Wakanda Forever, and man, was it worth it.

Honoring the tragic passing of Chadwick Boseman and his character, T’Challa, the cast – including Shuri (Letitia Wright), Queen Ramonda (Angela Bassett), Nakia (Lupita Nyong’o), and all the others – brought tears to the audience. Their performances came right from the heart, and you could feel it.

The True Star staff was lucky enough to get our own private theater, where we could chow down on concession stand snacks and marinate in our excitement before the movie started. Wakanda Forever immediately kicks off with a cold open, that rightly sets the tone for the entire film. Yet, it doesn’t only honor Chadwick’s legacy through raw emotion, but also through uplifting tones and hope for the future. It doesn’t make it a tragedy, but rather a process of grief, which ends in acceptance.

Let’s talk about the villain for a moment. Played by Tenoch Huerta, Namor, or Ku’ku’lkán, isn’t a black and white villain, but rather just an antagonist to Shuri, and importantly, someone the audience can even sympathize with. The Mexican representation is a great addition to Marvel, and especially the fact that his underwater culture and civilization is based off of early Mesoamerican civilizations. It makes the new powerful country all the more unique and a bit of a mirror to Wakanda. One of the top Marvel antagonists for sure.

Everything from the costume design, to cinematography, to the soundtrack was wonderful as well. Rihanna’s “Lift Me Up” almost drowned out all our clapping when the credits rolled. Out of the two blue people movies coming out within the next few months (Wakanda Forever and Avatar: The Way of Water), this will definitely be the superior one.

The movie also introduces a new Marvel superhero, Riri Williams, A.K.A. Ironheart, who’s getting her own show sometime in 2023. Mark your calendars, because she’s wonderful. Are you excited to see Wakanda Forever? Let me know! 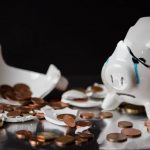