Looks like Momma Brown is not too pleased with the people her son hangs around. According to sources:

LEASE STAY OUT OF THE PICTURES PLEASE. NO ONE IS CHECKING FOR YOU.

“NO NEW FRIENDS. NOT SURE ABOUT THAT. NEW FRIENDS MAY BRING A BREATH OF FRESH AIR.

DON’T TRY TO DESTROY SUCH A BEAUTIFUL LIFE WHEN YOU HAD NO PART IN MAKING IT. WHEN HE POST I WILL POST. YOU WILL SEE WHO IT IS. MAYBE HE WILL STOP PRETENDING TO BE SOMEONE HE’S NOT. MAYBE HE WILL EVEN GO AWAY. DON’T MESS WITH MY FAMILY. DON’T COME AND TRY TO HURT MY ANGEL.

I’m going to be a little messy and just say that I don’t think his behavior has anything to do with his friends. Chris knows right from wrong and his actions are his own fault. I think that Chris needs to use this time in rehab to focus on fixing his attitude! 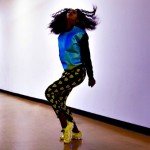 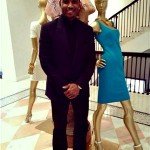