Noah Cyrus, the younger sister to Miley Cyrus, has recently been under fire for using a racist term while attempting to defend singer-songwriter Harry Styles.

Cyrus took to Instagram last week to defend Harry Styles after his Vogue cover was released last month and showed Styles in a dress. Styles was met with backlash from various people such as conservative commentator and author Candace Owens, who is Black. She took to Twitter to express her disgust stating, “There is no society that can survive without strong men. The East knows this. In the west, the steady feminization of our men at the same time that Marxism is being taught to our children is not a coincidence. It is an outright attack. Bring back manly men.”

There is no society that can survive without strong men. The East knows this. In the west, the steady feminization of our men at the same time that Marxism is being taught to our children is not a coincidence.
It is an outright attack.

In response to the criticism Cyrus went to Instagram and posted a picture of Styles from the Vogue photoshoot stating, “He wears this better than any of you nappy a** heauxz”.

Of course people were upset with Cyrus’ racist comment and flocked to Twitter to express just that.

So we just gonna act like Noah Cyrus still doesn't have this post up on her story?? Saying "U nappy ass heauxz" 🤔 pic.twitter.com/H8tU6uFbTc

why does noah cyrus even have nappy in her vocabulary…. pic.twitter.com/WBgf3lHtSS

Shortly after, Cyrus went back to Instagram to apologize claiming that she was “mortified” that she used a term without knowing the context to it. Come on now… it’s getting exhausting having to constantly “educate” non-POC’s about what they should and shouldn’t say. How hard is it to watch your words? If you don’t know what a word means or the context of it why even bother saying it? Y’all are getting too old for these games. It ain’t hard to use a dictionary every once in a while.

As mentioned, people on Twitter didn’t take kindly to what Cyrus said and dismissed her apology immediately, saying exactly what needed to be said.

noah cyrus saying she didn't know the "history" of the word is such a perfect example of non-black ppl freely messing around with black things with no repercussions until they finally trip up and now get a chance to play the "i'm learning❤️ pls educate me❤️" card pic.twitter.com/GvM37J5qie

Personally, I don’t buy the apology. Like many celebrities and influencers, it comes down to the fact that many of them aren’t genuinely sorry about what they did, but more so that they got caught. Moral of the story: Stop using language and words that you don’t know the meaning to simply because you hear it on the Internet. 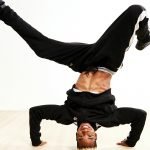 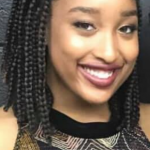