Kendrick Lamar released his new album, Mr. Morale and the Big Steppers on May 13th, 2022. As soon as it dropped, like most Lamar fans, I raced to grab my headphones to get a good listen of the whole thing. The intro song, “United in Grief’’ was a really smart way to start the album. The lyrics and difference in instruments captivate listeners.  The transitions were nice and clean throughout the album, and the song sequence was near superb. But out of all the bops on the album like “Silent Hill,” and “Die Hard,” they surprisingly were not the most talked about. Sure, some of these tracks may be the best on the album to vibe to. Very comfortable songs that are simple to understand with a clear message. At the end of the day, out of all the songs on this phenomenal album, people went CRAZY for the eighth track–“We Cry Together.’’ Lamar just released a short film for this song, so let’s talk about it!

Thirty-one year old actress Taylour Paige was featured in both the studio version of the song, and the live version recorded on set for the music video (Let’s take a second to applaud Paige for her performance. It AMAZED me!!). This was such a clever artistic decision from Lamar. Having an actress depict the harsh imagery of a toxic relationship makes more sense then adding another singer or rapper. This small aspect makes the visual part of the music video more fascinating to watch. Her mannerisms and tone of voice make all the difference.

The first thing you notice about the video is the mood created. The light is dim, Lamar is seen in his work clothes, and the notes are dull. The video is all shot in one scene from beginning to end. The two are arguing from the start, Lamar claiming he is trying to do right while all Paige does act ungrateful. Paige backs up her case saying all Lamar does is throw pity parties for himself, when really he puts zero effort into their relationship. They go back and forth, Paige listing off his negative character traits, and questionable things he has done. She mentions him cheating, gaslighting her, putting his car under her name, and even hints at possible abuse. Paige makes some rich points about Black men often deeming women as nothing more than items to switch out. Paige states, “You the reason why R Kelly don’t realize he’s abusive.’’ If men don’t have as much respect for women as they have for themselves, the power difference will always exist. Paige is thorough with her acting, and despite the expletive language used by both, she perfectly shows her characters struggle to the point where the viewers feel some sympathy.

This music video is not supposed to be comfortable to watch. Lamar didn’t just want us, the viewers, to understand the point being made. He wanted us to FEEL the emotion through the screen.

Only one side of the story has been covered though. Lamar might seem like the bad guy so far, but when his point of view is explained it reveals all the flaws within their relationship. He believes that Paige has power over him in their relationship. Lamar buys her jewelry, he provides for them, yet he receives criticism from her despite what he does. He asks her near the beginning, “You power trippin or guilt trippin?’’ which we guess it implies that she often uses his emotional attachment like a pawn, getting what she wants by making him feel bad (Harsh, right?!). Another detail further in the song that justifies this idea is when Lamar grabs Paige’s keys and taunts her, preventing her from leaving the house. He loves her and won’t let her go due to this attachment, and almost seems happy when this so-called “power’’ is in his hands. Lamar classifies Paige as a “fake feminist,’’ which entails that the idea that women are better than men was never what the movement was about. It is seen that she uses this ideology advantage when making arguments leading him to feel bad. Lamar tries to ease his worry with thoughts like such: “This is the type of s*** couples do,’’ when we as viewers are very aware that nothing in this relationship is healthy.

Lamar and Paige continue to argue, until they end up giving in to one another, and the film ends in the two… getting busy. The camera pans out and reveals a set in what appears to be a warehouse, then abruptly shuts off.

Everything from the lighting to the prop placement is on point. The delivery of each word gets heavier and heavier as the film continues. Paige talks with her hands, and Lamar is almost never level with her. These small details make such a big difference, which is what puts the studio version and live version on two different levels. This music video is not supposed to be comfortable to watch. Lamar didn’t just want us, the viewers, to understand the point being made. He wanted us to FEEL the emotion through the screen. To see how each word flows out another’s mouth, and is carefully  processed to curate a response. To not just enjoy the song, but to think about the moral situations brought up. This song is purely a form of art. Not the type of art made for delightment, but to make people connect and relate with real world problems. The visual representation is exactly what we needed to piece together the cycle of abusive and emotionally toxic relationships.

In an interview with The Hollywood Reporter, Paige talks about her experience on set. “I think beyond being a short film, it’s an experience; you’re like a voyeur in this couple’s life but it also reflects what the world sounds like. Whether it be arguing with your sibling or people on the internet … I don’t think there’s a container for it, it just is.”

All in all, the video is great. If you haven’t had a listen, the album can be found on Apple Music, Spotify, YouTube, and Pandora. Go check it out! 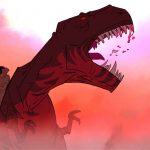 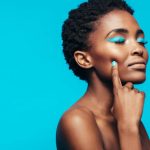