Week two of The Dreamvillie Chi-League powered by Wilson was  an exciting one! This week was special because the Chi-League had a women’s bracket held in the league for the first time, even featuring a Whitney Young Team called the Whitney Young Legends that still had their roots and chemistry.

It was a smaller crowd than the men’s league, but people still showed up to support because women can ball too! The ladies brought the energy, especially Whitney Young Legends who were out there having fun and just balling on the court. Brittney Jones was the star on the court doing everything offensively and still keeping her team involved. Her teammate Amanda Thompson was dominating the paint and even dishing that ball to paint for straight dimes (assist). I would say Thompson isn’t just a center but a point guard for the IQ she has in the game of basketball. Whitney Young Legends ended up defeating Team Truth 63-60.

The next game matched up Team Bobby Simmons vs. Team Kendrick Nunn. It was good competition on each team with Deshawndre Washington on team Nunn and LA Lakers guard and Chicago native Talen Horton-Tucker on Team Simmons. The two were going head-to-head at times in the first half of the game with Washington literally almost catching a monster dunk on somebody and Horton-Tucker taking people to school in the post showing us that nice fadeaway he got in his bag. After a while, the focus started to shift from them to a player who really caught fire–Luwane Pipkins from Providence. He went 10/12 from the three and dropped a jaw-dropping 34 points. You give him the ball every time and it was nothing but straight water from Pipkins–the beast that could not be tamed. Right after the game Pipkins, still with a hot hand, went on to shoot in the 3-point contest to win the event. Team Nunn had a player from their team from Bloom High School who won the dunk contest with a crazy alley-oop windmill to himself that shut the gym down. Team Bobby Simmons ended up coming out with the win against Nunn in a score of 80 to 52, advancing to the next round.

In the second women’s league game of the day each team played with heart and just had fun. Teams THK Crew vs. ASWBL were getting physical and proving that women can ball, too. Even though it was a low-scoring game it was still good to watch as both teams came out to play and show out for the city, enjoying the game they love. THK Crew came out on top winning the game 66 to 41.

The final game of the day was between Team Sterling Brown vs. Team Al McKinnie. The game was a very physical one as players were getting many calls in the paint but they still weren’t backing down from competition. Team Sterling Brown was down at halftime with a score of 25 to 36. During the second half they had to come back strong or their hopes of making the championship would be cut short. They did just that and went on a scoring clinic, getting threes in and feeding the paint to the big men. Towards the end of the game it got down to the wire bucket after bucket. After one turnover from Team McKinnie, Team Sterling Brown took that opportunity to take the lead and seal the game with a score of 59 to 53. 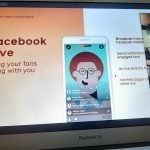 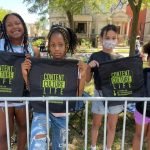