I closely watched the election boil all the way down to Joe Biden giving the Cheeto a boot out of the White House and can I just say… I finally feel like I can breathe and unclench my scalp. However, deep down, I have a feeling that although there are more liberal sheriffs or cops in office, (Yes, Harris, I’m talking about you) they promised more than they could give and actually execute.

Let’s make things clear. Like many people, I voted to get Donnie out of the White House, not because I totally agree with everything that Biden and Harris stand for or because I truly believe that they can fix everything that is broken in America—even though America itself is broken. We’re settling for the lesser evils until our queen AOC decides to run for president. #AOC2024

I’m not bashing Biden. I mean, he wants to cancel student debt and give felons the right to vote amongst other policy and executive order proposals. I’m not bashing Harris either. She’s an AKA, a product of a HBCU, and the first woman to ever become the Vice President of the United States and the first BLACK VP in the sea of White men.

It’s the Black Girl Magic for Me.

However, I am a bit uneasy to see what her and Biden do for this country and all of the Black voters, especially the BLACK WOMEN who did their thing to get the orange peel out of the Oval Office, especially in regards to criminal justice reform and securing the First Amendment rights of protestors participating in Black Lives Matter demonstrations.

I guess I might need to give y’all a brief history of Harris’s very troubling prosecutor history in which she contributed to America’s mass incarceration and racial disparity epidemic. Let’s start with her threatening to send kids to prison who skipped school, or her wrongful conviction of Kevin Cooper who is currently on death row despite his case being heavily influenced by racism and his unfair trial. Don’t believe me? According to the LA Times, Harris denied him from getting “advanced DNA” tests to prove his innocence when pieces of evidence that pointed to other suspects were thrown out by police.

Smells like corruption, racism, and anything less than progressive prosecution to me.

I also didn’t forget about you or your sexual misconduct allegations, Mr. Biden. You can no longer hide behind the shadows of Barack Obama.

I’ll leave this here too:

“If you have a problem figuring out whether you’re for me or Trump, then you ain’t Black.” – Joe Biden (featured on “The Breakfast Club”)

I’m curious to see if Harris and Biden will actually do what they claimed they would. This includes decriminalizing marijuana, abolishing the death penalty and private prisons as well as solitary confinement, and eliminating mandatory minimums. Will Biden and Harris serve everyone that voted for them and hope that they—this new administration—won’t fail us the same way the previous presidents and vice presidents have in the past? 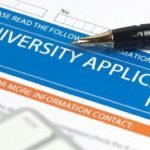 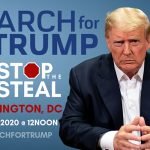