At the end of a whirlwind of a school year, Chicago Public Schools faces many administrative changes and new plans for the fall. CEO Janice Jackson recently stepped down in resignation, as well as two of her top deputies. “CPS Chief Operating Officer Arnie Rivera is also leaving the district, according to an email sent to school leaders…. Rivera’s deputy, Lindy McGuire, will take over as acting chief operating officer while the district searches for a replacement, according to the email” the Chicago Tribune reported. These transitions haven’t been met with many interim options until new staff arrives, but they raise many questions from students and CPS faculty about what the future will hold.

With many students hoping for a full fall return in person, plans seem up in the air now. Kendall Sorkin, a sophomore from Whitney Young High School, has concerns. “Will vaccines still be made available to all students so we can come back to school safely in the fall? That’s the biggest question on my mind,” she says. Freshman Grace Fitzpatrick, also from Whitney Young, voices a similar opinion; she shared that she has “had a fantastic first year of high school despite the pandemic, but things could be run super differently in the fall which is nerve-wracking.” Her sentiments are a worry for many young students.

Upperclassmen are also affected by these transitions, if not more so. Whitney Young junior Stanley Cannon has college applications to complete this fall, and the environment as well as leadership could dictate what the course of the year would be like. “As a school community, we work really hard to support seniors through this college admissions process, but higher up leadership is a factor as well,” Cannon points out. Fellow junior David Atilley shares this mindset, as he looks forward to his senior year. “We missed out on so much this year, so I hope both executives and local school leadership are ready to accommodate the needs of the next class as things go back to normal,” Atilley says.This most recent year has seen campus shut downs and hybrid learning for only a quarter of the year, but with vaccinations on the rise for teenagers hopefully the class of 2022 can look forward to brighter days.

Current Whitney senior Phoebe Fisher agrees, stating “as I look forward to being a CPS alumni, I want to know that the district I’m leaving is going to continue supporting students behind me,” a valid point on the mind of many students in the class of 2021 like myself. Fellow seniors Maiya Austen and Ellie Barzcak share the same sentiments. Austen said this academic year was a “challenge I hope future classes don’t have to repeat,” and Barzcak concurs. The latter clarified that she will be “well prepared for the fall, but I wouldn’t wish the same experience for next year’s seniors for sure.” This shows how students have been working together this year despite being separated from each other. This unity will persist no matter what leadership looks like in the fall.

One lesson that has come from education over the last year is that it requires cooperation and support from everyone. One CEO or executive leader isn’t responsible for every facet of CPS, but their power comes with responsibility and accountability. Keep your eye out for who those leaders will be in the future, and remain informed about your unions and school community as always. 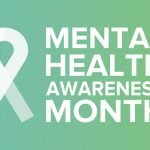 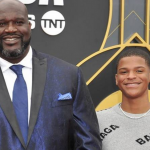