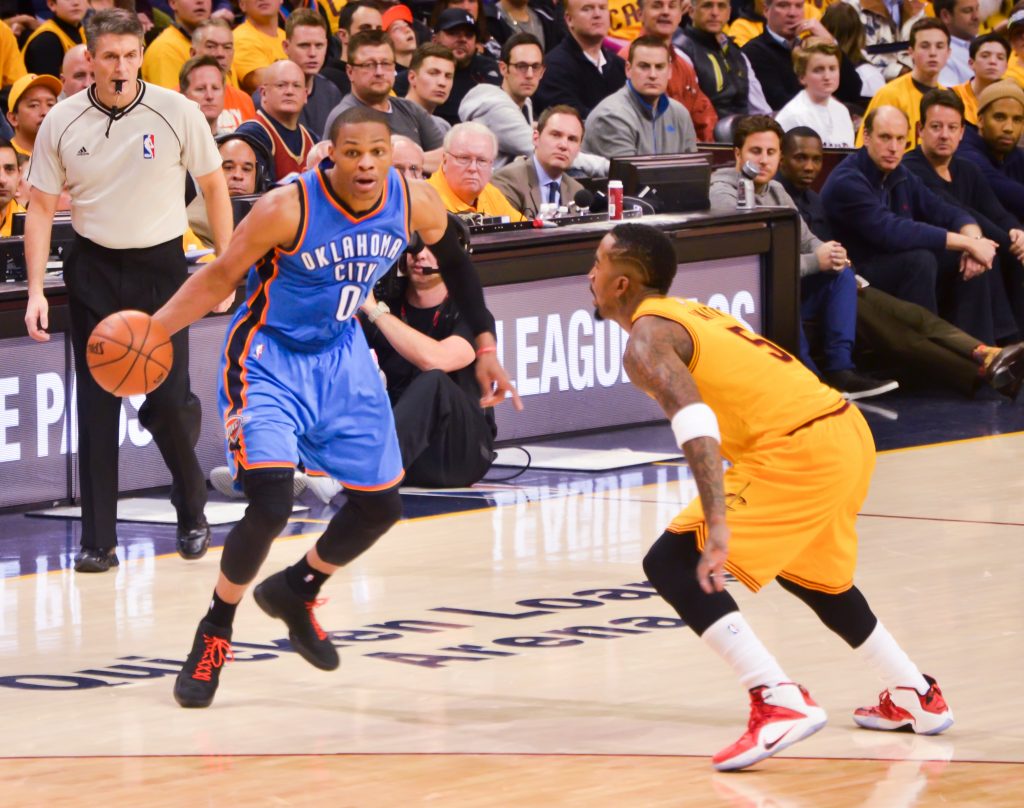 On July 6th, the Oklahoma City Thunder and Los Angeles Clippers made a blockbuster trade. The Thunder are trading Paul George, a top 3 MVP candidate, in the 2018-2019 NBA season for a lot of assets. They are receiving L.A.’s unprotected first-round picks in 2022, 2024 and 2026, along with a protected 2021 and protected 2023 first-round pick from the Miami Heat and the option to swap picks with the Thunder in 2023 and 2025, according to the ESPN report. This is a massive set up for the future of the Thunder, and seems like a win for both sides. Except that the Thunder are now planning to trade their most loyal player, 2017 MVP Russell Westbrook. While many see this as a good thing for the Thunder (and it very well can be), it comes at a hefty cost for the NBA.

After Kevin Durant departed from the Thunder, all that was left from the James Harden, Russell Westbrook, and Durant big three was Westbrook. And rather than joining another team, Westbrook chose to stay in OKC. Westbrook choose loyalty over a better chance at winning, a rarity in the NBA nowadays. After winning MVP and pouring as much as energy possible into the team, Westbrook made himself a solid case for being the greatest player in the team’s history. So when his best friend and MVP candidate teammate Paul George was traded, he felt backstabbed. Not only was PG traded, but Westbrook was also being shopped around without his knowledge. Westbrook realized sorrowfully that the franchise that he gave up so much for didn’t care about him, so he agreed to be shopped around after he heard the news.

Maybe this is sorrow, but it means much more than a player agreeing to be traded. Loyalty in the NBA is officially dead. Lebron left the Cavs, Kawhi left the Raptors after the Raptors gave him everything, and many NBA teams, such as the Raptors with Demar Derozen and Spurs with Kawhi, have betrayed the other. Now Westbrook was betrayed by the Thunder. Not to mention that Kemba Walker was also betrayed by the Hornets, who severely lowballed him when negotiating a contract in the 2019 offseason. The only loyal franchise seems to be Golden State, who have made sure to do everything possible to appeal to it’s stars. But that is only one team, and no other team shows consistent loyalty, or players for other teams. Loyalty is dead, and it could mean the end for smaller teams like Memphis, Denver, Sacramento, etc. Those small teams offer nothing but money anymore, which any big name team like the Knicks or Lakers can offer. Loyalty is no longer a realistic reason for someone wanting to sign somewhere, and it can very well destroy 1/3rd of the NBA by making most small market teams have to overpay for players and will never be good enough to be a title contender. Perfect examples of this are the Hornets and Kings, who couldn’t capitalize on having a superstar because they couldn’t find good help at a reasonable price, and thus never had any success.

In the end, loyalty is dead, and the NBA’s product will suffer because of it.