Britteny Griner, a famous African-American athlete, and easily one of the most recognized faces in professional women’s basketball, got detained sometime during February of this year while in Russia. She was charged with drug possession in a Moscow airport upon returning to Russia. She was meant to return within just a month or so, but the Russian court just announced that her detainment will be extended to May 19th. Her charge was drug transportation, claiming she had marijuana cartridges in her bag. The sentence for that crime alone can go up to 10 years. According to CNN, an official from the US embassy in Moscow found Griner to be “in good condition,” after they were recently granted consular access to her.

The latest news questions if Griner even had drugs on her at all.  Evelyn Farkas, the former deputy assistant secretary of defense, gave NBC’s “TODAY” her opinion on the topic. “We don’t know whether she brought these hash vaping items into Russia or not. The Russians are notorious for planting drugs and other things on Americans.”

My immediate answer to the question at hand is: Yes. Simple as that. We’ve all seen many controversial cases like these, spanning across different races of all sorts. But when a white person commits a crime, and a person of color commits the same crime, the harsher punishment goes towards the person of color. It’s almost never equal, and that’s also why this case in particular is so controversial.

The extension reads off as a decision made in racism. Yet I also believe that if the situation stayed the same, but she was white, government officials would have begun to fight and pressure Russia for her release immediately. Yet they waited until protests rose up and the public pressured government officials into finally doing something, almost as if her race determined the urgency of her current situation. This entire case and controversy is rooted in racism. It’s incredibly upsetting to see such a talented athlete be put through something like this. 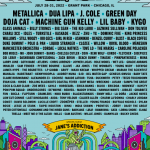 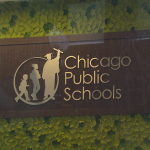