As all football fans are aware of, we’ve just made it through the 2022 NFL Draft. Our beloved Bears team has made their selections, with their brand new GM, Ryan Poles. Let’s take a look into some of our team’s picks and what the players add to our team.

In round 1 pick 39, we selected a cornerback named Kyler Gordon. He was very effective in this position at Washington, but he went underrated, as his old teammate, 2022 21st overall pick Trent McDuffie, often overshadowed him. Poles said, “The great thing about him is his movement skills are outstanding.” I think this is a nice addition to the team, as the goal is to make some tweaks on the defensive end of the ball.

In round 2 pick 48, we chose Jaquan Brisker to be our safety from Penn State. Brisker is a safety that plays with a lot of aggressiveness and explosiveness, who might get the chance to play on the special teams immediately. Poles said, “I think he’s going to make our secondary better as well. The cool thing about him, one of those attributes you look for in players is, ‘Can you make big plays in big moments?’ And he showed that over and over in his career, so we’re excited about him.” I’m always down for the Bears adding to their defensive bag, so I support this pickup.

In round 3 pick 71, we picked up a wide receiver named Velus Jones Jr., from Tennessee. I have a bone to pick with Poles because this is our only receiver picked up and that’s a problem, as it doesn’t give Justin Fields any help on the offensive side of the ball. Jones shines after he catches the ball, but his skill as a catcher needs work. Poles said, “Not only can he help our offense, he can help in many different ways. I’m not going to compare him to Deebo [Samuel]. But he has that flexibility where you can put him anywhere” I am completely okay with any addition to our offense. I’m upset that we didn’t get more receivers and in this case Poles disappointed me.

In round 6 pick 203, we picked up Trestan Ebner, a running back from Baylor. Ebner would be behind David Montgomery, but he has an ability to catch, proven by his high school career. Poles says, “Physical north/south runner… He is the change of pace…You can’t have enough guys that can catch the ball out of the backfield and play in space.” This is the second biggest addition to the offense, which is disappointing to say the least. It’s disappointing to see such little development in our offense. Overall I like our picks, as I can see how each new addition can make our team better. I have faith in this team, and I’m excited for the 2022 season. 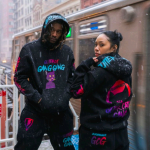 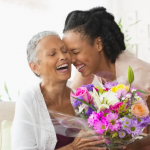