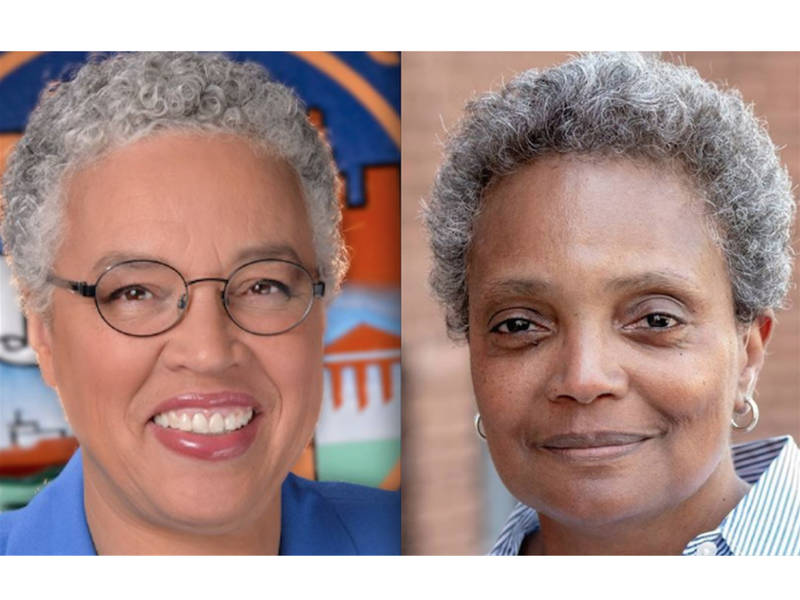 Many Chicagoans are currently jumping for joy because of the herstory that is in the making. The final two candidates in the running for the Chicago mayoral election are Lori Lightfoot, 56, and Toni Preckwinkle, 71, both are Black women. Yep, this means regardless of the electoral outcome, Chicago will become the largest city in the nation to be led by a Black woman. So, what’s up with these women? To give you an idea, here’s a little bit of tea on the candidates.

– Her Occupation: President, Cook County Board of Commissioners
– Her Education: Completed Bachelors and Masters degrees from the University of Chicago.

– She supports legalizing and decriminalizing marijuana, raising taxes for the wealthy, police reform, protection of undocumented immigrants, and gun reform.

– Fun Fact: Mayor Harold Washington is an inspiration to Preckwinkle, and if elected, she aspires to govern in the manner he did, having “‘balanced development,’ or the idea that Chicago could support the downtown area as an economic engine while also ensuring all of city’s neighborhoods thrived as well,” Preckwinkle told the Chicago Sun Times.

– She supports legalizing marijuana and making it profitable for lower-income communities, a Chicago casino, a property tax increase, a freeze on new charter schools, gun violence reform, and the protection of undocumented immigrants.

Chicago voters want change. Those who don’t vote yet feel strongly about issues prevalent in the city as well.

“I’m super excited that Chicago is about to have its first Black woman mayor,” 17-year-old India Daniels told TSL. “It’s a huge step for sure, but there is so much corruption going on behind the scenes in Chicago with the justice system that no matter what race or gender the mayor is, I would like to see change.”

The runoff election will be on April 2. No matter the outcome, Chicagoans will receive change, and that inspires hope for the future.