When you hear the name “Kyrie Irving” what’s the first thing that comes to mind? Basketball player, a superstar, a leader, one of the best point guards in the league, a man out of control? The list could go on and on, right? There’s a lot of talk about Irving as of late, and it’s not all good.

On January 11th, Irving missed his fourth game of this NBA season. The people feel as if Irving is out of control and the Nets can’t control him. Rumor has it that Irving had stopped playing games in protest to the riot at the U.S. Capitol building, led by President Trump. Other reports just cite “personal reasons” for his absence. Now, to the people reading this, do you think that either excuse is good enough to ghost the organization? I think not.

Thanks to the surfacing of a recent video, Irving may be sitting out longer than he intended. According to the ESPN website, Irving was caught on video dancing at a function with “his sister Asia,” minus a mask. If this event was recent, that would mean that Irving was in violation of the leagues COVID guidelines which forbid players from going to clubs, bars and lounges. ESPN also noted that the NBA players are also banned from attending social gatherings of more than 15 people. According to the website, Irving could be fined 1/72nd of his salary.

What do you think the Nets’ next actions should be? Will Irving continue to miss the next couple of games without a response? Will the Nets possibly drop the star after this season is over? Guess we’ll just have to wait and find out. 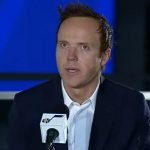 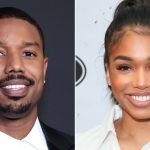