If you haven’t heard yet, the internet has caught wind of an independent horror film based on the beloved red shirt-wearing bear we call Winnie The Pooh. This horror movie will be called Winnie the Pooh: Blood and Honey, written and directed by Rhys Frake-Waterfield. It’ll follow Pooh and Piglet as the main slashers after being abandoned by Christopher Robin, who is college bound. Due to Christopher Robin heading off to college, he has not given either of them any food, which has made life particularly difficult for the duo. Waterfield says, “So they’ve gone back to their animal roots. They’re no longer tame: they’re like a vicious bear and pig who want to go around and try and find prey.”

I want to be clear when I say that I have very little faith in this movie’s success. The movie was shot in 10 days, giving a lot of film critics, me included, the impression that this will not be a high end horror movie, but at the end of the day it’s Winnie the Pooh. People are going to go see it regardless, and who knows, every movie has the element of surprise; especially when it comes to fresh takes on well known characters.

How is it possible for someone to make a Winnie the Pooh movie? Well, as of 2022, Winnie the Pooh, who Disney had the rights to, has entered something called public domain. Whenever a character is made and copyrighted by one person there is a time limit put on how long that person can keep it to themselves, that time being 70 years. Once said 70 years is up, the character ends up in the public domain. The public domain is exactly what it sounds like, as characters who enter it allow independent filmmakers to use said characters to tell whatever story he or she desires. With that being said, someone is taking full advantage of the opportunity. Personally, I don’t think he’s doing anything wrong by doing so. You’ll hear a lot of “Your ruining the character” and stuff like that, but at the end of the day it’s art and there is a huge crowd of people that are willing to watch their childhood favorite go on a killing spree. Me included. 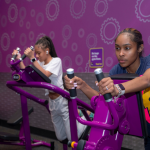 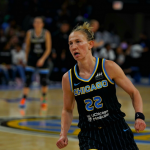