Every day you all act a fool on an app and set the Black community back by hundreds of years. You should be just as ashamed as our ancestors. I’m so sick of y’all commodifying Black pain, trauma, and giggles for record label loyalties, clout, TikTok dances, and streams on music platforms. It’s almost like you forgot your roots and the long and painful history that you should be reminded of every time you look in the mirror and see the skin that could cost you everything, including your life.

Since when is it trendy to be tone deaf?

Recently, the remix by Virginia’s own, Yvngchris or Chirs Williams, has attracted over 2.2 million views with content creators starting a challenge that consists of sharing body counts aka previous sexual partners. The remix of “Blood on the Leaves” samples Nina Simone’s rendition of Billie Holiday’s 1939 song “Strange Fruit” which was her version of Abel Meeropols’ 1937 poem, “Bitter Fruit.”

I don’t know if it’s the non-Blacks dancing to this sound or anyone using the remix that’s making me upset and thinking about where we went wrong as an entire community. It’s almost like you all don’t care enough to learn the history of the songs that are sampled, let alone look at the lyrics.

This is certainly not new. In 2013, Kanye West released “Blood On The Leaves” on the Yeezus album where he talks about the traumatic experiences of a Black Man. Yvngchris on the other hand raps about murdering people.

Now we got blood on the leaves”

We shouldn’t have to gate-keep a song from non-Black outsiders. It’s not agency or resistance when remixing a song from a legend that was recalling a traumatic experience of seeing lynched Black bodies in the 19th and 20th centuries while risking her life, being banned from venues, and investigated by the FBI.

So how far is too far when musicians make catchy beats by sampling music that retells a part of history that unravels its most darkest and painful parts? Here’s my hot take: You shouldn’t sample songs you don’t know the history about. If you can’t respect your history or those that made music before you, you shouldn’t even be in the studio.

Interested in hearing what Yvngchris had to say for himself? Check out the video below. 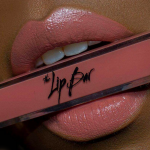 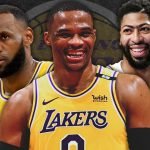