January of 2021 was looking up until the heartbreaking news of Drake’s highly anticipated sixth studio album, Certified Lover Boy, would not be dropping as expected. However, that doesn’t mean his project’s release isn’t coming anytime soon.

Due to his recent recovery time from knee surgery, Drake released a statement last month assuring fans that Certified Lover Boy is still on the way. According to www.complex.com, Drake said the following: “I was planning to release my album this month, but between surgery and rehab, my energy has been dedicated to recovery.” He added, “I’m blessed to be back on my feet, feeling great and focused on the album, but CLB won’t be dropping in January. I’m looking forward to sharing it with you all in 2021.” Although Drake hasn’t shared inside details as to how his recent knee injury occurred, he shared a photo on his Instagram platform showing one of his legs in a brace. The photo has now been removed.

Certified Lover Boy will be Drake’s first full-length album since releasing Dark Lane Demo Tapes. Honestly, that might be enough to hold fans over until his anticipated release. However, his forthcoming project is expected to be shorter than his previously released full-length album, Scorpion. Fans are just ready to receive anything they can get from one of the industry’s most notorious artists.

While Drake didn’t give a specific date or month as to when fans should be able to expect Certified Lover Boy, he did hint that “2021” would be the year. All fans can do now is cross their fingers and hope that it comes sooner than later. You can also keep CLB’s leading single “Laugh Now Cry Later” ft Lil Durk on repeat.

Make sure to put your reaction on the poll below about the news of Drake’s delayed album. 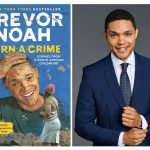 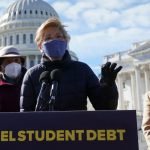