It’s sometimes hard to let people go, especially if it’s someone you shared a real connection with. It isn’t uncommon for people to go back to their ex for this very reason, even when it’s best not to. Don’t get me wrong, there are some cases where it isn’t horrible to get back with your ex, but you should know the difference between these times and the times when you should just let go for good. That’s where I come in. You know I’d never leave y’all hanging and I always come in clutch with the advice. Keep reading to know when you should and shouldn’t take your boo back.

The problems you had are fixable

If the breakup happened because of some small, fixable issues, give it another shot. Maybe it was as simple as a misunderstand. If the issues can be solved, there’s no reason to not try again.

The relationship was healthy on both sides

There was no toxicity or bad blood that came from the ending of the relationship. Sometimes you can find the perfect person at the most imperfect time. Giving it another go when the timing works itself out isn’t a bad idea.

You’re doing it for the right reasons

You may miss your ex, but are you going back to them for the right reasons? Being lonely and bored can sometimes cause desperation and creates the desire to be back with someone. Don’t allow this to cloud your judgment. If you aren’t going back into the relationship because you and your ex have communicated and worked on whatever issues caused the breakup in the first place, it isn’t worth going back.

Just like there are certain situations that make it okay to go back to your ex, there are ones that should strongly urge you to never go back. Is it okay to still have feelings for that person and miss them? Of course. Feelings don’t just go away overnight, but here are some tips on when to turn away.

We’ve all seen a toxic relationship at some point in our lives. Whether it be us, someone we know, or celebrity couples, it isn’t uncommon to see a toxic relationship that continues due to manipulation, strong love, or just not being able to let go. Look at Cardi B and Offset. They’ve been married for the last three years and have had countless breakups and fallouts reportedly because of Offset’s cheating. The Atlanta Journal-Constitution recently mentioned that Cardi may have filed for divorce just to teach Offset a lesson. Is the couple in a toxic situation? You be the judge.

The trust is gone

The problems you had aren’t fixable

If you decide to get back into a relationship with someone knowing that the issues you faced can’t be resolved, you’re putting yourself in the position to ultimately be disappointed or heartbroken again. Don’t do that to yourself. It’s not worth it.

Relationships are never perfect, but you should know when to walk away from them when things begin to get out of hand. Remember to always prioritize yourself and your feelings above anything else when in relationships and do what’s best for you. 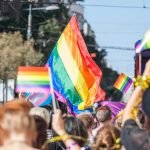 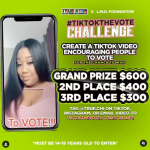