Where have all the children gone? That line has repeated in my head over and over as the news of the increase of gun violence and massacres continue to happen to our youth; especially in places that you would think are prone to safety such as schools and watching fireworks in a public park with your loved ones on the 4th of July.

One of the latest tragedies comes at the hands of Robert E. Crimo III, 21. He has been charged with seven counts of first degree murder and the injury of more than two dozen in a mass shooting at a July 4th parade in Highland Park, IL. This news was incredibly shocking because this hit close to home, especially since I’m from Chicago and this is the last place I would’ve expected this to happen. Crimo has been taken into police custody since Monday night and is awaiting further charges of attempted murder, aggravted discharge, and aggravated battery.

Can kids not be children anymore? Violence has always been projected to seemingly occur in “dangerous” neighbors or cities, but now it’s transitioning further into the nearby suburbs. It’s frightening that children are being taught more than ever to check their surroundings because at any given moment, on a seemingly normal day, someone can open fire at a gas station, grocery store, movie theater, or even a 4th of July parade where we’re supposed to be celebrating the “land of the free”. In the meantime, the government has cracked down harder on women’s rights to abortion than they have on gun law restrictions. But that’s a different article for a different day.

Truthfully, this is the first year I was very apprehensive about celebrating the 4th of July and going out with family to watch fireworks. It’s shocking that one moment can change your life forever. My prayers go out to the families who lost their loved ones while trying to enjoy what should’ve been a happy memory. How many people dying is it going to take to crack down on gun laws and how they’re so easily accessible? Our country is changing before our eyes more than ever, and I’m not sure I see the end in sight of when laws will be better regulated. As a society, we shouldn’t become desensitized or immune to news of death toll rates increasing due to gun violence and how our youth are falling victim to the hands of evil.

I felt tears come to my eyes when reading the statement of a father, Alexander Sandoval, who did all he could do to protect his young son from the violent outbreak in Highland Park while searching for the rest of his family to find safety. “As soon as bullets stopped for a second we started to run again. And he reloaded and started shooting again,” cbsnews.com reported. After rounding a corner, he got separated from his family and another child. With his family gone and the shooter still releasing rounds, he opted for the safest place he could find for his son — a dumpster. “It’s just a natural instinct. It was just the best place at the time,” Sandoval told Reuters. “And I had to think with the resources that I had and that was all I could do.”

As I take drives throughout neighborhoods and see less children outside enjoying their youth, I often question, “Where have all the children gone?” This doesn’t resemble at all the childhood that I experienced growing up. And at moments like this, my question is answered. They are somewhere trying to feel safe. 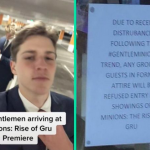 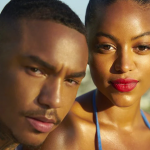