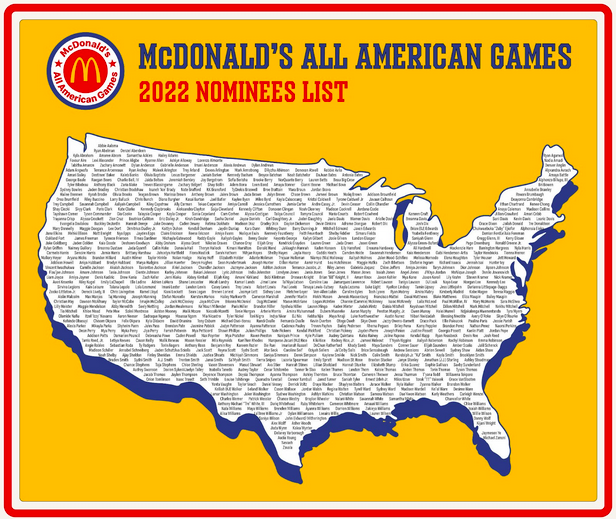 In all, 20 high school basketball players from the prairie state were selected as nominees for the 2022 McDonald’s All American Game, which will take place in Chicago. Six of those athletes are from the Chicagoland area. Twelve in the Girls’ sector and eight in the Boys’.

The 45th annual game will be set at Wintrust Arena, home of the most recent WNBA champions, the Chicago Sky. March. 29th, only 48 of the over 760 most notable high school basketball seniors will compete in the competition.

All 20 Chicago hoopers nominated are selected by a high school coach, athletic director, principal, or member of the McDonald’s All American Games Selection Committee.

Here are the players who earned a spot on the list. 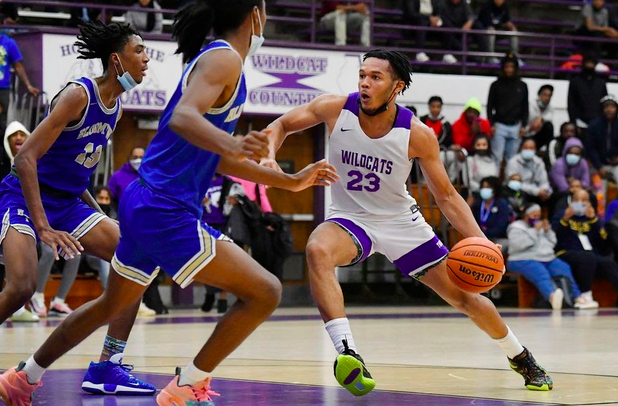 Rodgers is a 4-star recruit who recently transferred to Thornton from Grand Blanc High School in Michigan. He is a tough player who excels on the defensive end and provides a barrage of highlights with his elite athleticism.

The highly coveted prospect is currently ranked atop the nation’s top 100 players, according to Rivals. He recently committed to the University of Illinois at Urbana-Champaign. 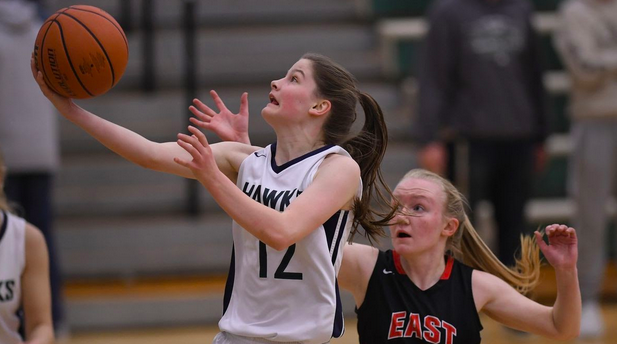 At 5’9, Hare is one of Illinois’ most lethal 3-point sharpshooters, if not the best. In her first two seasons, ‘Kenzie’ racked up a whopping 1,296 career points and recorded a program record, scoring 43 points against Fenton in a season opener during her sophomore year.

Hare is one of three eventual Division-1 players from Bartlett High School and plans to play collegiate ball as a Billiken at Saint Louis University.

A 4-star recruit, who recently committed to the University of Illinois at Urbana-Champaign, Jackson is an athletic guard that is frequently active on the rebounding end and is a mid-range maestro.

While averaging 14.9 points, 7.7 rebounds, 4.7 assists, 3.1 steals, and 1.2 blocks per game throughout her high school career, she has led Butler College Prep to back-to-back Noble League Championships. 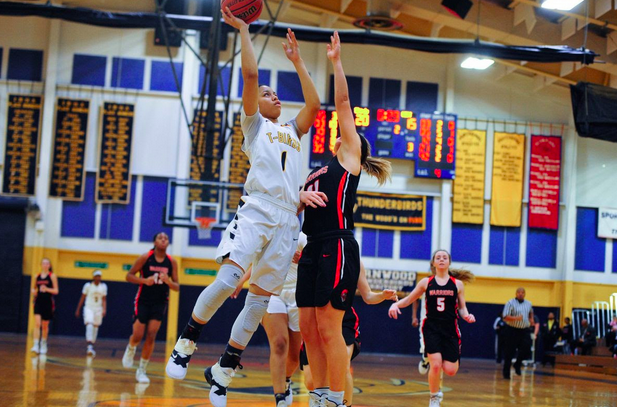 A true leader, Lear is a certified scorer who has gone on many scoring throughout her high school basketball career. She can practically do it all, score at all three levels, lockdown on the defensive end, and is more athletic than most girls at the high school level.

As of yet, she has not committed to a school but is being recruited by many teams, including Bradley University and Murray State University. 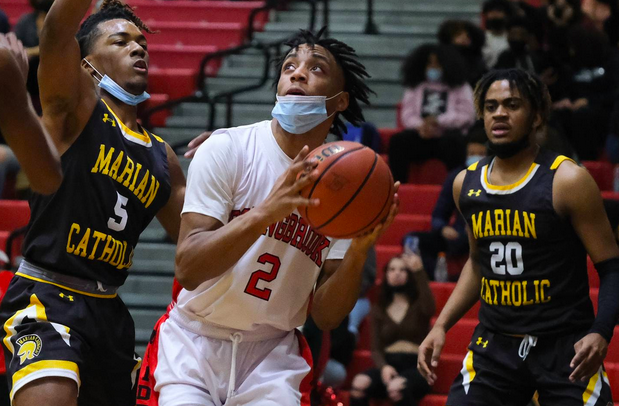 Dunlap has received plenty of college interest over the last few months, and as the #17 ranked player in the state, according to Max Preps, he definitely deserves it.

He’s slithery on the ball and can effortlessly create space to score on the move. In isolation situations, Dunlap has thrived in Bolingbrook’s dribble-drive action. 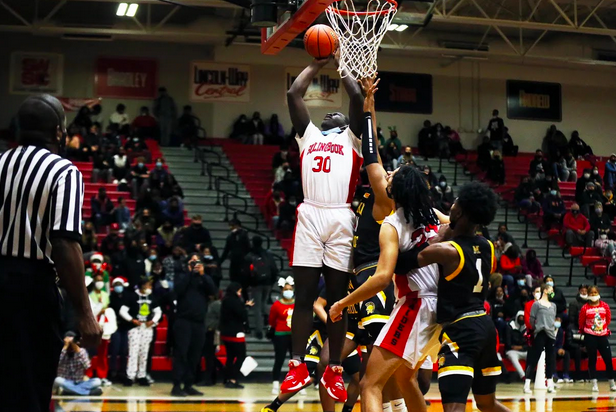 After establishing himself as one of the best from last winter’s short basketball season (thanks COVID), the 6-5 senior is powerful, robust, and surprisingly light on his feet. He’s a good athlete with a nose for rebounding and the ability to quickly and dependably finish in the post.

An electric guard, Walker is a tough defender who covers 94 feet, has a nice handle, and can score on all three levels. Playing with other future college players during high school and AAU seasons, with Example Sports AAU, has helped enhance Walker’s playmaking abilities.

The 5-6 playmaking guard will continue her basketball career to the collegiate stage as she chose USC Upstate over another D-I offer from Chicago State University.

The 5’6 junior guard does a fine job of running the show as a playmaker on the offensive end. She picks and chooses efficient shots that are best for her, and when needed, passes up a good shot for a better one. Robinson can take it to the hoop and is a crafty finisher in the paint. 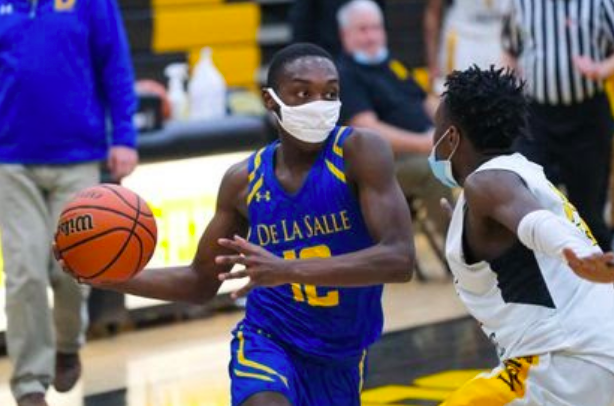 A tangible scorer, Bates is known for his scoring ability, always figuring out a way to get the ball in the hoop. In the recent King Cotton Holiday Classic, the 6-1 senior guard opened the tournament with 35 points in an 80-60 loss to Goose Creek Memorial. Bates is a 2-star recruit. 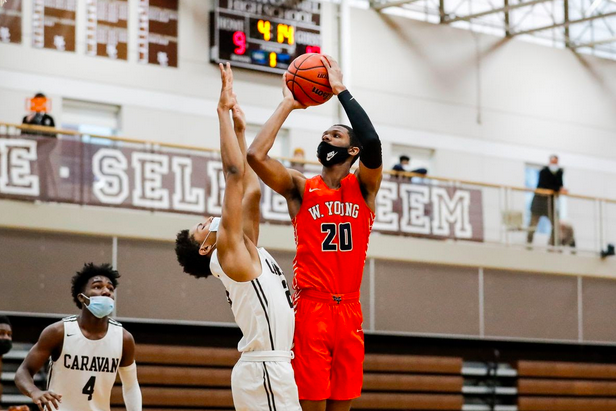 The 6’8″ forward Miami (FL) commit scores from 15 feet in, rebounds, passes out of double teams along with protecting the rim. Casey can score from the perimeter and is forceful when posting up on the block. Good rebounder and shot blocker. He dunks on opponents on the regular. 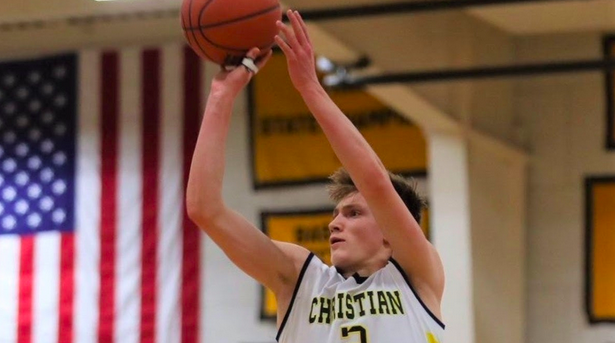 The 6’5″ wing Duke commit, Schutt, puts up big numbers for the Mustangs. The 4-star recruit is very underrated. He is a three-point marksman who can score off the bounce and plays with toughness, and strives with his natural-born athleticism.

Eric Bossi of 247Sports even said Schutt “may be the best shooter in the class,” which is incredibly high praise. 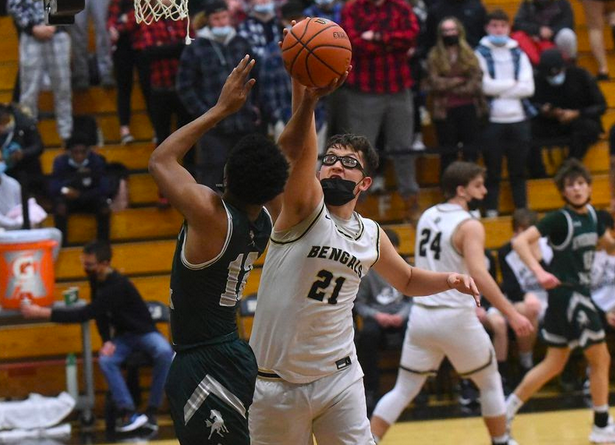 Avila is a true big man, one of the most versatile big men in the state with developing footwork and can tough it out with the best of them. A top 5 prospect in Illinois, he has committed to Indiana State. Averaging 5.5 points, 11.5 rebounds, and 3.0 assists a game, Avila also won South Suburban Conference Co-Player of the Year last year. He has also set many school records including, points in a game with 42 versus Tinley Park and recording 21 rebounds, versus Richards (Oak Lawn). 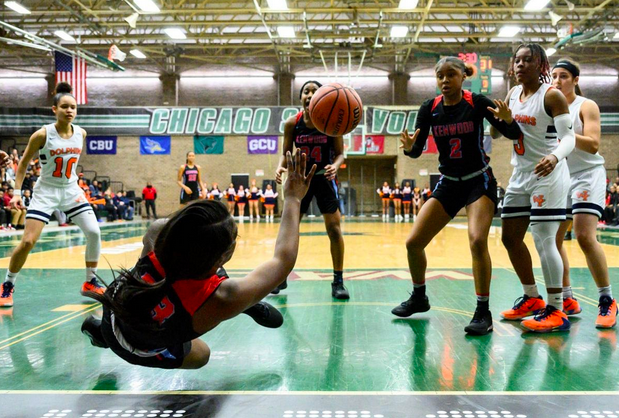 McDaniel is the top-ranked player, in the Girls’ sector, in Illinois and amongst the top 50 recruits in the nation. McDaniel, already a 1,000-point scorer for Kenwood in essentially two-and-a-half seasons, was in the midst of another all-state caliber season when she got injured in 2020.

She has verbally committed to Texas A&M University and looks forward to playing college basketball as an Aggie. 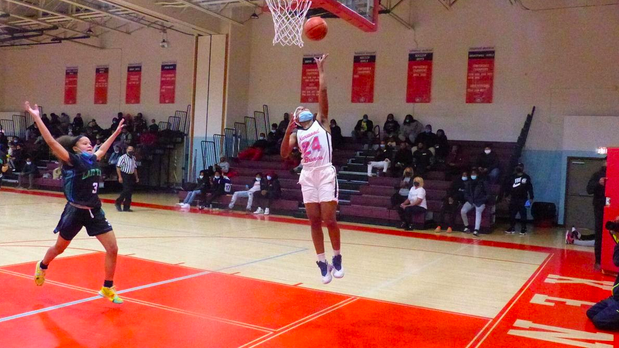 Dunn has averaged 18.0 points and 4.0 rebounds en route to back-to-back Second Team All-State nods from the Associated Press. A 5-foot-9 guard, Dunn helped lead the Kenwood Broncos to a Chicago Public League (CPL) title while their top player, Brianna McDaniel, was out due to injury as part of a perfect 13-0 campaign in 2020-21.

Dunn, who recently signed with Loyola University Chicago, is a dynamic guard who can finish strong at the basket. Not only can she finish with contact, but she has a knack for getting to the free-throw line. 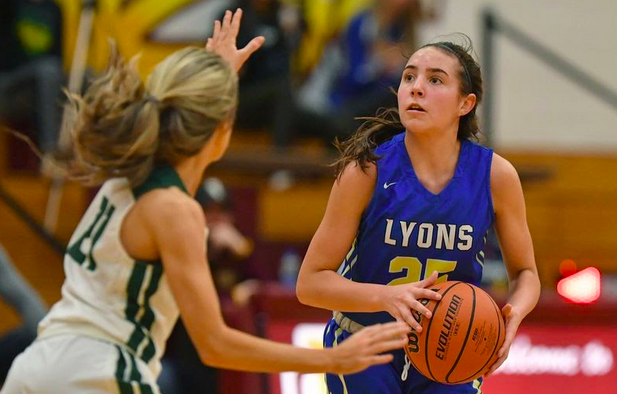 Markworth is, without doubt, the most noteworthy contributor to the Lyons girls basketball team. Even though she is a two-sport athlete, she thrives in basketball. Only 5-9, Marksworth has great length and agility. Plus, she handles the ball and shoots, something any team can use. 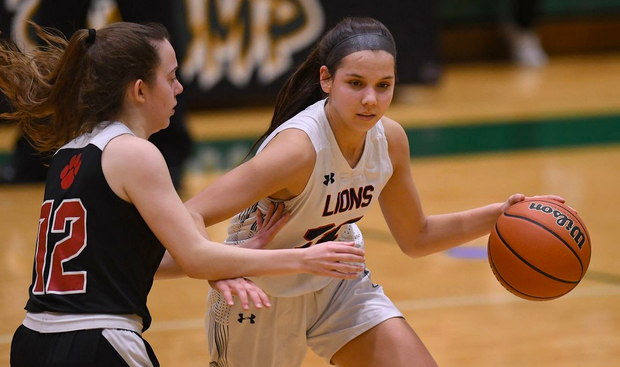 Bergstrom comes from an athletic comprising six siblings, and she is arguably the most accomplished after signing with South Dakota University.

She has a noticeable competitive drive and figures out how to score no matter who she’s facing. Also, she is an incredibly tough defender. 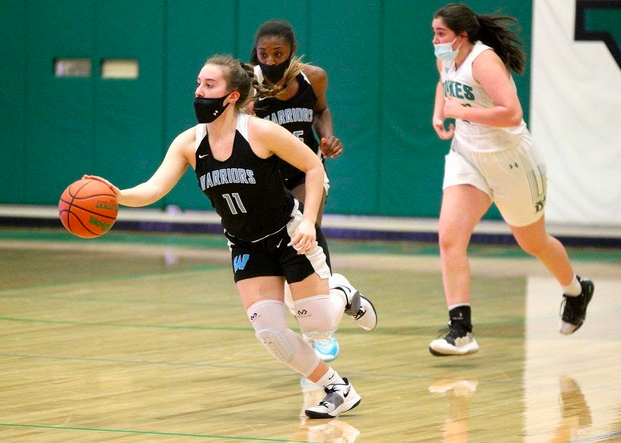 Sullivan is a Willowbrook point guard who spent her underclassmen years at Montini. As a junior, she helped lead the resurgent Warriors, to a 14-2 record overall, including 6-0 in West Suburban Conference Gold play, as well as a WSC tournament title. 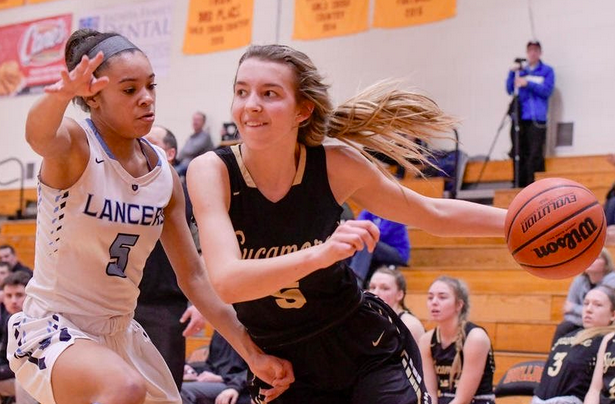 Feuerbach is known for being the sidekick to her sister Kylie Feuerbach while she dominated but, she is also a special talent. Throughout her 4-year high school career, she’s developed into a multi-dimensional player who can shoot the three and drive to the basket nearly anytime she wants. 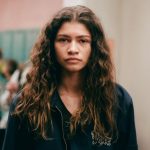 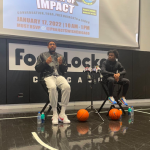