During the ending of the 2022 Game Awards show, FromSoftware was receiving the Game of the Year award for their masterpiece, ELDEN RING. After their acceptance speech, a random teenager got onto the microphone and said the following: “I would like to nominate this award to my reformed Orthodox rabbi, Bill Clinton.” to a rightfully confused crowd. He was seen being escorted off stage by security afterwards.

He wasn’t affiliated with the FromSoftware team, and according to the Twitter page of the Game Awards host (Geoff Keighley), the teen was arrested after the show ended. So who was this Bill Clinton kid?

Well, I’ve done more research into it, and found some surprising information. Shortly after he was released, the kid in question went onto a podcast with a Twitch streamer named NeonSniperPanda and talked about what he did.

This was a pre-planned troll. The teenager’s name is Matan and he’s 15 years old. It turns out that while the FromSoftware team members were walking up on stage, he snuck in with them and silently watched from behind them, obscured from view or from suspicion. He then waited until the microphone was free to say what he said, which he claims was a “good, pro-Bill Clinton message.” It was viewed as antisemetic but according to him, wasn’t meant to be. Matan himself doesn’t even play video games – he just wanted to do it for the sake of doing it.

He’s been memed all over social media such as Twitter and TikTok, being both heralded for his “bravery,” cheering him on, and also being mocked and scorned at for his actions.

This was a very huge blow to the integrity of the Game Awards and their security team for allowing this to happen. I only feel bad for the studio FromSoftware’s GOTY moment for ELDEN RING being overshadowed by some random teenager pulling a very annoying prank.

What do you think of this? Hit me up and let me know. 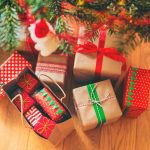