The All-Star game, as we all know, is one of the most important accolades that any NBA player could achieve. As of 2020, the All-Stars chosen are based on their season performance, what conference they play in, and what position they play. For each conference, East and West, four guards make the game (two as a starter) and six forwards (three as a starter). There are also an additional two players chosen as a “wildcard” selection, meaning that two players are chosen to the game regardless of position as a bench player. So who will get chosen in the East?

You may notice a familiar name missing: Kyrie Irving. Well, he simply hasn’t played enough games to be into any heavy consideration, so that is why he is left out here. The starters from these four will almost certainly be Kemba Walker and Kyle Lowrey since both are having great seasons thus far and are both top four seeds in the Eastern conference. Kyle Lowrey is playing the best basketball he has been since 2016, averaging 21 points and has kept the Raptors ship afloat. Kemba Walker is averaging 22-23 points a game but is doing so while being the leader on the second seed Celtics. Ben Simmons is an odd case since he is constantly under fire by social media for his lack of improvement and lack of a jump shot. But Simmons is still a phenomenal player in almost every way aside from his jump shot and is still the second best player on a Sixers team that looks to contend for the title. Bradly Beal has missed a handful of games as of late, but he is still arguably performing the best out of any guard in the East. Averaging 27 points, the second highest for guards in the East, he is still almost a guarantee to make the game despite playing for a below average Wizards team.

This was tough. Giannis Antetokounmpo will be the East captain of course, so he is a certain starter and player. Joel Embiid and Jimmy Butler will likely be the other two starters because they’re both having great seasons and are leading their teams towards success. Antetokounmpo is averaging 30 points and 13 rebounds while being the heavy MVP favorite. Embiid is averaging 23 points, 12 rebounds, and is still arguably the best defender in the NBA when he is on the floor. Butler is averaging 20 points, nearly seven rebounds and seven assists.

Those impressive stats while being the leader of a top four Eastern team is enough to get him into the game. Jayson Tatum is becoming the offensive superstar we all envisioned him to be, averaging over 21 points a game and doing so in an impressive fashion. Seriously, go watch his highlights. Bam Adebayo is probably the second best player in Miami and should get in due to how vital he is to Miami’s success and how much he has improved over the last year. Khris Middleton and Jaylen Brown are neck and neck for the last spot, but I chose Khris Middleton due to him playing on what is likely the best team in the NBA and being the second best player on that Bucks squad.

Jaylen Brown makes it here because he is still playing amazing and has been very impressive this season to me, averaging over 20 points on good efficiently while being the third option on the Celtics, not to mention his amazing defense. Trae Young has a very, very strong case to be a bench player, averaging nearly 29 points per game and being an exciting fan-favorite player. Unfortunately, Derrick Rose will almost certainly not be an All-Star as I predicted before the season started, even though he is playing very well.

Pascal Siakem would have certainly made the game, but he has missed too many games, in my opinion, to really be able to be an All-Star. Vince Carter, however, may make the game as an extra “honorary” pick, like D-Wade was last season, but there isn’t anything like that confirmed yet.

Who are you excited to see play? 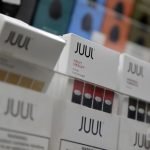