For her captivating role as the iconic Ma Rainey in Ma Rainey’s Black Bottom, Viola Davis received her fourth Oscar nomination. Not only has she broken the record for holding the most number of acting nominations as an African American actress in history, but she also is now the only Black woman with two nominations for Best Actress. The only other actress to ever achieve securing more than one Oscar nomination for acting was Whoopi Goldberg in 1991.

After becoming the second Black woman to win the category of Best Actress at the Golden Globes, Andra Day is now alongside Davis for an Oscar nomination for Best Actress. For the first time in 50 years, these two Black women are making history for the same nomination within the same year.

Day, who played Billie Holiday in The United States vs. Billie Holiday for her first acting role in a major film, is making history within the month of Women’s History. According to nytimes.com, “Day told Variety in January that she took an immersive approach to her character, including losing nearly 40 pounds and taking up drinking and smoking cigarettes. ‘I just asked God to give me all of the pain and trauma,’” she said.

In memory of his beloved legacy, fans were elated to discover that Chadwick Boseman was nominated for Best Actor for his role in Ma Rainey’s Black Bottom. The Disney film Soul, voiced by Jamie Foxx in the lead role, is up for an Oscar nomination for Best Animated feature.

The hit movie Judas and the Black Messiah was recognized in a big way. Acclaimed Get Out actors Daniel Kaluuya and LaKeith Stanfield were strangely enough both nominated for Best Supporting Actor. The movie was also nominated for Best Cinematography, Best Original Screenplay, Best Original Song (“Fight For You” By H.E.R.) and Best Picture. Hamilton star Leslie Odom Jr. received a nom for his role in One Night in Miami, also in the Best Supporting Actor category, and for his song “Speak Now,” up for Best Original Song.

It’s so refreshing to see how many Black actors and actresses are finally receiving the amount of recognition for their work that they rightfully deserve. All the Black nominees have set the highest of standards within each category and I hope the Academy continues to acknowledge more of our community in the future. We truly are the blueprint, in all fields, and it’s time for more people to recognize it. 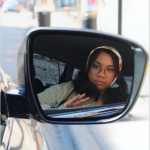 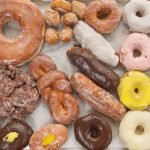