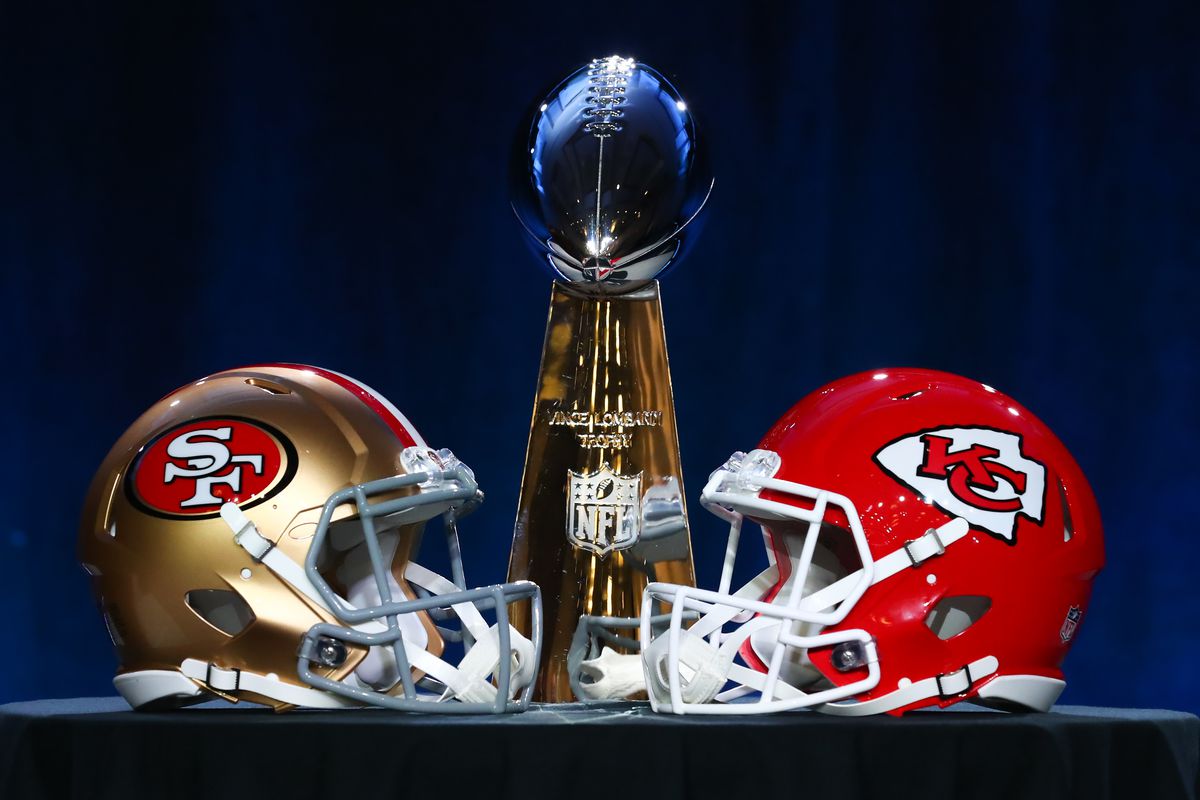 Finally! A Super Bowl without Tom Brady or Payton Manning representing the AFC! This hasn’t happened in SEVEN years. But alas, us NFL fans are blessed to have such an even matchup for the Super Bowl. The team representing the NFC this time around is the 49ers, who last made a Super Bowl appearance seven years ago against the Ravens, which the Ravens won. The AFC is represented by the Chiefs, who last played in the Super Bowl in 1970. Certainly some of that team’s core is still intact, right? All jokes aside, let’s get to these predictions!

This can certainly seem like a stretch, but I don’t think it is at all. Despite the Niners having such an amazing defense, the Chiefs are still the best passing team in the NFL. Combine that with the fact that there’s almost no way that the Chiefs will be able to get anything going on the ground, and the Chiefs have an easy formula to attack, and pick apart the Niners’ secondary.

The Niners Will Keep Up With The Chiefs’ Offense

This is certainly a daunting task for any team in the NFL, but the Niners have a ton of offensive potential, which was displayed when they faced the Saints and managed to win 48-46. Take the great running game of the Niners and the offensive scheme of Kyle Shanahan and the Niners are poised to put up at least 28 points on the Chiefs.

Four turnovers? It’s actually quite plausible when you see just how good both teams have been recently at getting turnovers. The Chiefs have received 23 turnovers this season and the Niners have received 27, which makes me believe that the teams can both at least create one turnover. But I have a feeling it’ll be more under the bright lights of the Super Bowl, so I’ll be bold and say four turnovers total.

The Game Will Come Down To The Last Possession

There’s a reason why the Niners are only 1.5 point favorites. These teams are so different from each other, yet both seem to be evenly matched in almost every way I can think of. Both teams can have explosive runs to keep them into the game even if one falls behind significantly. Both teams know how to play from behind and know how to win even when in a sticky situation. I honestly have no idea who is going to win, but it’ll be a fun ride for sure.

This is the prediction I have the least confidence in. Like I said, this is anyone’s game. But I would give the edge to the Niners because I feel like they can still pull off a clutch defensive play. I’m not as confident in the Chiefs being able to do it. Either way, we will all have a fun time watching the game. Maybe this score is hard to predict, but I’m almost certain that this will be one of the closest Super Bowls in history.

Who are you going for?