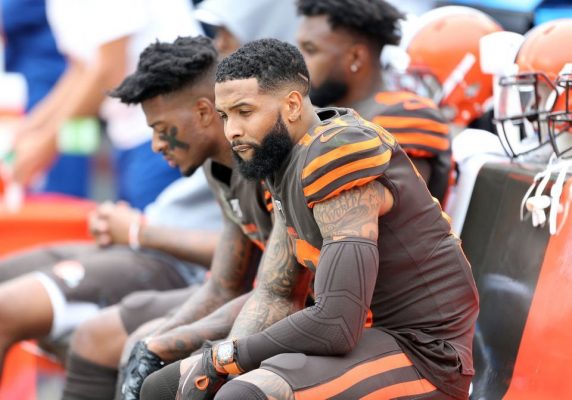 Over the past 10 seasons the AFC has been dominated by Tom Brady and Peyton Manning and their respective teams. Tom Brady and Peyton combine for a total of EIGHT Super Bowl trips since 2009. But although this is true, the AFC seems… surprisingly open. The Patriots seem to have lost a step since last season, and maybe that is all that’s needed for new teams to rise up. But before the big game is a reality, a team must make a strong case for it, mainly by winning their division and ensuring a postseason appearance. But… which teams will rise up and win?

AFC EAST: PATRIOTS (other division contenders: no one)

Maybe it seems harsh to say the Patriots are a lock to make the postseason, but it’s the cold hard truth. The Dolphins are doing a complete team rebuild, and are a definite contender for the first overall pick. The Jets are a mediocre team and a wildcard long shot at best. And unless Sam Darnold has an MVP level second season, the Jets seem to be stuck in the middle tier of teams. The Bills are a developing team, and have the talent to be great… in a few years. They won’t make it far this year. The Pats, with the greatest coach ever and the greatest QB ever, will easily win the division.

This division will be a dogfight until week 17. Though the safer pick might be the Ravens due to their amazing defense (despite loses to it) and presumably better passing play from Lamar Jackson, I’ll give into the hype from Cleveland. They nearly made the postseason last year, and seem to have boosted their chances greatly. The Steelers also seem to have taken a step backwards, but not too crazy. They’ll be in the mix, but are likelier to sneak in as a wildcard team. I’ll take the Brown’s potential first, and the Raven’s likely success as a close second.

Yes, everyone can win it. The Texans seem like a 8-9 win team, but that’s probably all they’ll need in a division with nothing but mediocrity. The Colts are good, but don’t seem likely to get far with Andrew Luck gone. The Titans are decent, but health issues with the team will likely plague them again. The Jaguars need to restore themselves to “Sacksonville” and hope that Nick Foles is their offensive savior. But while the talent is here, the attitude around there and the play will probably end up making them a 5-7 win team. If the Texans stay healthy, which is a huge if, they’ll win the division.

The Chiefs are basically a playoff lock if they stay healthy and out of major issues. With Patrick Mahomes at the helm, along with a solid defense and an amazing supporting cast on offense, the Chiefs will almost certainly win the division. The Chargers are no slouch though. They have a variety of weapons and can do well, but Derwin James being gone for a significant time and Melvin Gordan likely being traded, will set them back from last year. Denver is developing and isn’t ready. The Raiders are a 9-win team at best, but probably won’t come close to that or to playoff contention.

Who do you think will win each division?