This year Hollywood gave us not one, not two, but three different Pinocchio movies that were separate from each other, but only one was decisively worth watching.

Famous director Guillermo del Toro’s stop motion Pinocchio first released in theaters November 9th. A month later it dropped on Netflix, now sitting as number one on the platform’s top movie list. It was also co-written by Patrick McHale, the creator of “Over the Garden Wall,” so from the start this movie had a formula for success with so much talent behind it, including Ewan McGregor as Sebastian J. Cricket and Finn Wolfhard as a new character named Candlewick.

The movie follows Geppetto and Pinocchio in fascist Italy during World War II, keeping the classic elements of the mentor cricket and Pinocchio’s nose growing when he lies. However, it expands upon the original Disney movie (or rather, book by Carlo Collodi) and makes it more realistic, fun, beautiful, and heartbreaking. You’ll hardly be able to appreciate the gorgeous stop motion through your tears by the end.

So why have the other Pinocchio movies this year not been so good? Well, what are the other movies? One is the live action remake of the original animated Disney movie, starring Tom Hanks as Geppetto, and the other is the quite low-quality one that took the internet by storm when the trailer was released. You’ll remember the awkward line delivery: “Father, when can I leave to be on my own?”

Disney doesn’t own the rights to Pinocchio. It’s been in the public domain since the 1940’s, and according to an early article by IndieWire, Guillermo del Toro’s Pinocchio had been in production since 2008.

So it’s not like Disney is behind all of these movies, and it’s not like they all planned to release this year. It’s just when it happened. It’s not the last we’ve seen of the wooden puppet either. Next year, a video game called “Lies of P” will be coming out, based on Pinocchio and using “Dark Souls” – like game mechanics.

Which of the Pinocchio movies was your favorite? Will you play the new video game in 2023? Let me know! 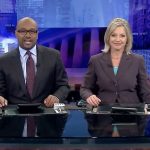