It’s been a little over a week since the tragic Atlanta shooting in which a lone White gunman killed eight people at three different spas in metro Atlanta. During the process of the investigation of this massacre, and in the prosecution of the shooter Robert Aaron Long, I noticed something that I’ve seen time and time again. The way in which the media, and the world is willing to defend and justify the actions of white terrorists.

It can be seen in the way Jay Baker, a spokesperson for the police department, handled the investigation during a press conference. The way Baker put it off on Long as just having a “bad day” sympathized with the horrible actions of the killer. “He was pretty much fed up, kind of at the end of his rope, and yesterday was a really bad day for him and this is what he did,” said Baker.

This forgiveness, and benefit of the doubt the world is willing to give can also be noted in the way that the question of whether this was a hate crime is still under debate even though seven of the eight victims were women and six of those eight women were Asian-American. This crime happened during a time when Asian people have been heavily targeted as of late.

There are more examples of this type of bias. Like in 2017 when hundreds of pages of psychiatric evaluations on Dylann Roof–a White extremist who in 2015 killed nine African Americans during Bible study at a  African Methodist Episcopal Church in Charleston–showed that Roof suffered from intense “anxiety.” This was an excuse his attorneys were fully prepared to use in court.

This type of sympathy is not just in perception or in personal opinions. According to a new study, findings showed that White shooters were 95 percent more likely to be described as “mentally ill” than Black shooters. Even when Black shooters were described as mentally ill, the coverage was not as forgiving as it was for Whites responsible for similar kinds of attacks, said Scott Duxbury, lead author of the study and a doctoral student in sociology at Ohio State University.

Somehow in some way these White shooters, people who have killed in cold blood, are labeled as victims. Either by society or their own brain. Oftentimes the media gives attention to the shooter when they should instead be focused on those who have lost their lives and futures because of one person’s unforgivable, unexplainable actions.

The Atlanta, Charleston and even the recent Colorado shootings where 10 people were killed, are not the first situations where the shooter is shown even the slightest sympathy, and we have no reason to believe it will be the last. I at least hope the tragic deaths of those victims can wake some people up to their own biases and the world will stop so readily looking for excuses for men like these. 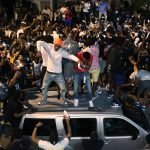 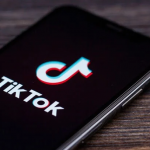