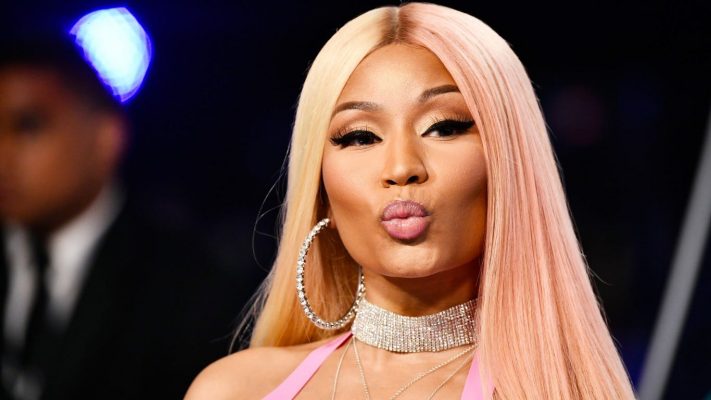 Yesterday when I got the Twitter notification about Nicki Minaj retiring, I just laughed and then pressed the link. But there the tweet was, from Minaj herself: she’s retiring from the rap game to have a family.

Sadly you heard it correct! Fans were devastated, reacting with disbelief in hopes that the rapper was playing an April Fools prank a few months late. Is it official? Is Minaj, this decades queen of rap, retiring?

“I think she wants to start a family for real,” says Tatiana Sykes, a senior at Brooks College Prep. “She’ll be forty in four years. She probably wants to settle down and have kids before that.”

Shawndell Bradshaw, a Brooks graduate, had his own opinion on why she wants to retire. “Her most recent albums haven’t been good anyways. Maybe she thought it was time to give it up.”

After the announcement that sent fans in a frenzy, Minaj came back with another tweet to calm people down. “I’m still right here,” Minaj, posted. “Still madly in love with you guys & you know that.” She added, “The tweet was abrupt & insensitive, I apologize babe ❤️?.”

Personally, as a fan who grew up on her music, I believe she’s done with rapping and really wants to have kids. She’s dropped previous hints in her music where she talked about settling down (“All Things Go” on her Pinkprint album) and has mentioned the idea in previous interviews. And lets not forget it was just a few months ago she announced her intentions of marrying her boyfriend Kenneth Petty. With that said, it seems very likely that the Queen’s reign will soon come to an end.

30 in the clip’ll be empty sleeze

According to USA Today, in June on Queen Radio, Minaj mentioned being in a happy place. “I think I have what I was striving for, just happiness. It was so hard to get to a happy place. Now that I’m there I don’t want to compromise that for anyone or anything. Certain traveling things I don’t (want to) do it. I’m just enjoying my downtime.”

I think she’s taking advantage of this happy place and intends to maintain and add on to her happiness.

From her unique style, to her flow as a rapper, Minaj took the female rap game by storm for a decade. It doesn’t matter if she stops rapping today or two years from now, what’s she’s contributed to the game will never be forgotten.

Now that Minaj has messed with our minds a little, who do you think is next in line for the Queen of Rap throne? Could it Megan Thee Stallion who Minaj collabed with on Hot Girl Summer? Or will Cardi B continue doing her thing even bigger and better? Let’s not forget about Tierra Whack who is on the come up. Is she a contender to hold the queen spot? Who else should be added to the list possibles? Go to our social media and let us know.