Defund the police. This is a conversation that has been boiling for a minute. When will CPS cut ties with the Chicago Police Department? There has been an urge for Chicago Public Schools to not renew their $33 million contract with the CPD, especially due to the spike in police brutality against Black people. This push has mainly come from very vocal youth, and let’s just say that this generation of youth are speaking up and people are finally starting to listen.

What many may not know is that while CPS as a whole may be unwilling to cut ties with the CPD, CPS schools can vote individually on the issue through the usage of their Local School Council which consists of school staff, parents, and community members. At the post of this article, Northside College Prep’s local school council voted 8-0 to remove officers from their campus this upcoming school year, according to the website Block Club Chicago. Roberto Clemente Community Academy is also leaning towards removing officers from their school’s with an 8-3 vote, but the school is waiting for the input of the community. Additionally, Oak Park River Forest High School voted 6-1 to remove police officers from their school.

School’s LSC’s have been meeting throughout the month to discuss and vote on the matter. All CPS schools have until August 15th to make a final decision.

Hopefully this will be a step in the right direction that may result in the funds that are currently being put towards the police to be distributed to much needed resources such as more in-school nurses and mental health services for students. 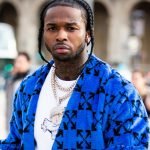 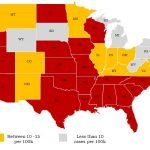