Ben Simmons is taking heat once again. What a surprise!

The Philadelphia 76ers guard and forward has been enduring intense criticism since his team’s playoff exit in June. The three-time NBA All-Star’s egregious performance at the line (34.2%) led to his team’s disappointing playoff exit, as they were the first seed in the Eastern Conference. Additionally, it earned him well-deserved criticism from the media, players, and fans.

Aforementioned, many former NBA players and legends have weighed in on Ben throughout his career, some giving the 25-year-old advice while others harshly criticize with intentions of delivering tough love.

Shaquille O’Neal and Charles Barkley talked about the latest news on Simmons. Recently, on The Big Podcast with Shaq, the two legends had some thoughts on the Simmons situation and spoke with no mercy, completely letting words fly.

Continuing to school Simmons, he said, “Don’t be putting pictures up on your Instagram of your Ferrari or what actress you’re hanging around with. When you play for a town like Philadelphia, Boston, L.A., Miami, hard-working town, they don’t give a s–t about none of that. They want you to come work hard and play hard.”

O’Neal recounted his views of Game 6 against the Atlanta Hawks, stating, “I know as a player, the first thing I do is look in the player’s eyes. That man was out there terrified. Not terrified of playing, but terrified of being fouled and missing free throws. Forget all that.”

Trade rumors have smothered Simmons since his appalling postseason appearance. ESPN’s Brian Windhorst reported Simmons is threatening to not show up for training camp and believes it is not his job to increase his trade value, making the task of trading him away turn into a project.

Right now, Simmons is visibly alone with no one in his corner. So until he gets traded, he has to figure out how to stay out of the headlines, or his trade value will continue to deteriorate. 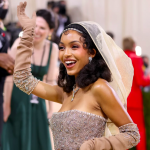