The public eye has had a relatively sparse view of actor Will Smith in the past few months, thanks to the infamous Oscar awards of March and the backlash that landed at Smith’s feet because of his actions that night.

In case you’ve somehow managed to burrow yourself under a cascading avalanche of very large rocks, “That night”  refers to that night at the Oscars when Smith got on stage and publicly slapped comedian Chris Rock after he made a joke about Jada Pinkett Smith, Smith’s wife’s who  suffers from Alopecia.

But now Smith appears to be back, ready to both promote his upcoming movie project Emancipation and to finally shed some personal light on what exactly led up to one of 2022’s most memorable nights on TV.

“It was a lot of things, it was the little boy that watched his father beat up his mother. That was a rage that had been bottled for a really long time, “ Smith told Noah about what led to the notorious slap. “But at the end of the day, I just lost it.”

Smith also shared a tearful retelling of his own nephew’s reaction to the slap, who’d stayed up late to see his uncle on TV. “And he’s just like, why did you hit that man uncle Will?”

In the end, Smith seems more than ready to move on from the entire situation, making the appropriate apologies to those like Rock who’d been on the other side of his rage. He even gracefully accepted that there might be those who aren’t quite ready to forgive and forget and  support his role in Emancipation.

The actor told journalist Kevin McCarthy. “I completely understand — if someone is not ready, I would absolutely respect that and allow them their space to not be ready. My deepest concern is my team – Antoine has done what I think is the greatest work of his entire career. The people on this team have done some of the best work of their entire careers, and my deepest hope is that my actions don’t penalize my team. At this point, that’s what I’m working for.”

The film is based on the true story of a runaway slave named Peter in Louisiana. Peter, known for the pictures showing his harsh keloid scarred back from continuous whipping, is played by none other than Smith and follows his harrowing journey to escape pursuing plantation owners.

Whatever your opinion toward debating that slap and Smith’s actions; it’s obvious that the man himself is remorseful and ready to embrace the important story he’s trying to tell with Emancipation. The movie will stream on Apple+ TV December 9th. 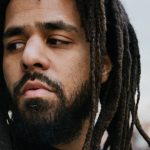