The year 2022 was a highly anticipated time for film lovers with the release of creative masterpieces such as Everything Everywhere All At Once and Avatar: The Way of Water and star-studded action films like Top Gun: Maverick and Black Panther: Wakanda Forever. With the release of so many amazing films, the 2023 Golden Globe Awards was a night filled with laughs, heart-warming moments, and excitement for all of our favorite actors and actresses. The most touching moments of the award ceremony came from the instances in which women of color were in the spotlight.

Michelle Yeoh, the Malaysian star of one of 2022’s most eccentric and innovative films, Everything Everywhere All at Once, won her first Golden Globe for Best Actress in a Music/Comedy motion picture. Yeoh is only the second Asian actress to win in this category, and the seventh Asian woman to be nominated in this category. During her heartfelt speech, Yeoh talked about her difficulties with racism in Hollywood. “I remember when I first got to Hollywood, it was a dream come true until I got here,” Yeoh said jokingly. “I came here and was told: ‘You’re a minority.’ And I was like: ‘No, that’s not possible.’’’ Yeoh continued, referencing her upbringing in Malaysia, where she was surrounded by people who looked like her compared to the dominantly white population of the United States. Yeoh made sure that she got her message across when she jokingly told Golden Globe employees to “Shut up, please.” when they tried to cut her speech off.

The most tear-jerking moment of the evening was when Angela Bassett won her second Golden Globe, this time for Best Supporting Actress in Black Panther: Wakanda Forever. “We mourned, we loved, we healed…We were surrounded every day by the light and the spirit of Chadwick Boseman.” Paying tribute to Boseman, who tragically passed in August of 2020 from colon cancer, brought solemnity to the audience’s faces. Bassett’s win also marks the first Marvel movie to win a Golden Globe Award, making the Black Panther movie series the most awarded Marvel movie in history.

A woman of color also became the subject of the most shocking joke of the night from famed actor Eddie Murphy after accepting the Cecil B. DeMille Award for outstanding contributions to the world of entertainment. In his acceptance speech, Murphy referenced the iconic moment when Will Smith unexpectedly slapped Chris Rock during the 2022 Oscar Awards for making a joke about his wife, Jada Pinkett-Smith (fellow actress). Murphy’s long-winded joke ended with the humorous punchline about the blueprint to success. “Do these three things (to achieve success): pay your taxes, mind your business, and keep Will Smith’s wife’s name out your f#@%ing mouth.” The punchline was met with riotous laughter. While entertaining the audience, Murphy simultaneously reaffirmed the idea that Hollywood’s bullying of women of color (especially Black women) is an issue that needs to be stopped. The joke acted as the perfect way to wrap up an award show which commemorated the success of women of color. 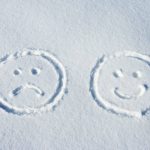 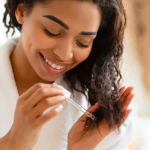