It’s no doubt that we all love Yara Shahidi, as she is truly an #unapologeticblackgirl who’s an outspoken social activist when it comes to racism, gender inequalities and other societal issues. The 17-year-old is also a young philanthropist as well as an amazing actor. “Grown-ish,” a spinoff of the ABC sitcom “Black-ish,” premiered Wednesday, January 3rd. Featuring Shahidi as Zoey Johnson, “Grown-ish” follows Zoey as she maneuvers through her freshman year at the fictional California University. Combating touchy subjects, “Grown-ish” tackles societal issues head on, from race, to gender, to drugs and even sexuality on the college campus.

While “Grown-ish” does explore these various issues, the show also taps into racial prejudices. Because the story is narrated from a Black girl’s point of view, the audience gets to see first-hand what young Black women experience on a daily basis.

Zoey is doing more than just combating her racial experiences as a college student. As a beginner in the real world, she is also struggling to juggle classes, college parties, and boys (we all know that can be a struggle). Zoey is slowly learning the ropes and making her own college decisions (some wrong decisions, too; yikes), but nevertheless continuously paving her way as a semi-adult, hence the title. In this case, we can all relate to Zoey in one way or another. Whatever decisions you make, we believe in you through and through, Zoey.

The show comes on the channel Freeform, but you can always watch “Grown-ish” at any time on the Freeform website for free. Whatever your method may be to watch this show, just make sure you catch it. You won’t regret it. What a way to start off the new year! Yara Shahidi, thank you for your talent. 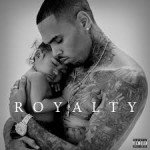 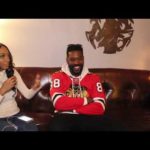