If you’re into binge watching suspense and crime shows like I am, the Showtime series “Your Honor” will definitely have you wanting more.

When I first watched the trailer for this series, I was immediately hooked by the show’s plot. Not only was I completely intrigued by it, but it seems that fans of Bryan Cranston, the show’s lead actor known for the hit “Breaking Bad,” wanted to pay him the dues he’s earned throughout his career on social media. After binge watching the series myself to see what the hype was about, it was pretty evident why Cranston should go down as one of the best actors of all time, especially in the genre of crime and suspense.

According to nytimes.com., “Michael Desiato (Cranston), a straight-arrow judge, finds his devotion to the law tested when his teenage son, Adam (Hunter Doohan), kills another young man in a hit-and-run accident. Desiato’s instinct is to lawyer up and come clean, until he learns that the victim was the son of a local mob boss, Jimmy Baxter (Michael Stuhlbarg), who is not about to wait for the courts to avenge his child.”

With this sort of plot, it’s almost impossible to believe that a child’s reality can flip into the worst case scenario such as this. There were definitely moments throughout the first episode that were cringe worthy as you shout at the screen for Adam to make different decisions than the ones he chose, but then again, isn’t it always easy to say what you would do when you haven’t experienced it?

What I love about the roles that Cranston always seems to take on, is that the story is going to come full circle and that the plot will never be disappointing. Cranston truly has a skill for completely embodying any character that he takes on. “Your Honor” showcases that well. This drama is a perfect example of how one decision can have numerous consequences and how it determines your character based on the way you come back from it. This show truly tests the limits of the audience as it questions “what would you do?”

If you haven’t guessed it already, I highly recommend you stream this now on Amazon Prime. 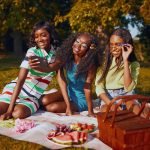