The Bulls seem to have made a habit out of having players have amazing performances in Charlotte. In the first game of the 2019-2020 NBA season, the Bulls lost an extremely close game against the Hornets, while Lauri Markkahen had his only great game of the season so far.  Despite the loss, the performance was fun for any Bulls fan who watched. However, that great game from Markkahen is nothing compared to what Zach LaVine was able to do to the Hornets.

Many of us remember the famous Tracy McGrady game where he willed the Rockets to a massive comeback against the Spurs when he had 13 points in 35 seconds. While LaVine didn’t quite replicate it, he managed to hit three difficult three-pointers in the last 40 seconds of the game. That in itself is rather impressive, but when you account for the fact that LaVine had splashed his 13th three of the night, tied for 2nd all-time made threes in a game, for a GAME-WINNER…it just makes the whole night a lot better. The number of times that a player did what LaVine did last Saturday night can literally be counted with someone’s fingers. What happened differently compared to the McGrady performance was that the WHOLE BULLS TEAM just decided to do amazing in the last minute. Thomas Satoransky hit a huge three in the last minute and was responsible for getting the steal that lead to LaVine’s game. Coby White made his final basket in that last minute, which accumulated to a 28-point performance. Basically, the whole finale of the game was crazy.

In the end, the Bulls got one of the most thrilling wins in NBA history, and LaVine had a career-high 49 points with 13-17 from three, having the most efficient 13 three games in NBA history. Truly a night to remember for Bulls fans. 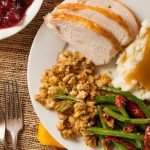 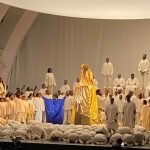