Good news Chicago! Our very own Bull, Zach LaVine, got the call! For the first time in his NBA career, the guard secured a spot by the head coaches as a reserve player with the Eastern Conference in the 2021 All-Star Games.

In a recent interview, Bulls Head Coach Billy Donovoan stated, “Zach has been unbelievable for us this year…he’s played like an All-Star all season…I know how hard he works and what this recognition means to him.”

Since being a Bull, LaVine has made a serious impact on the team. The seven-year veteran has led the team to multiple wins, currently putting Chicago in the seventh spot in the Eastern Conference this year.  LaVine’s been able to bring back the Bulls from game deficits and has even broken records in scoring the most points this year for the team, 3-pointers, assists, rebounds, and so much more.

LaVine took to his Instagram account to thank “Bulls Nation” for their support. “Thank you guys. I appreciate all the support… I’m definitely not gonna disappoint.”

The last time a Bulls player was in the All-Star game was back in 2017. That player was Jimmy Butler–the Miami Heat current small forward. He put up astounding stats such as 23 points scored per game, 5 assists, and 6 rebounds.

There are so many questions to be answered. What do you think will be LaVine’s next move? Will he be able to conquer more All-Star games within his career? Will he continue to be the face of the Bulls franchise? Will he beat the odds and possibly make a playoff run with the Bulls? Lastly, Will LaVine show out on March 7th? Hit me up and let me know what you think. 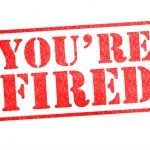 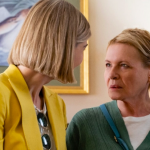