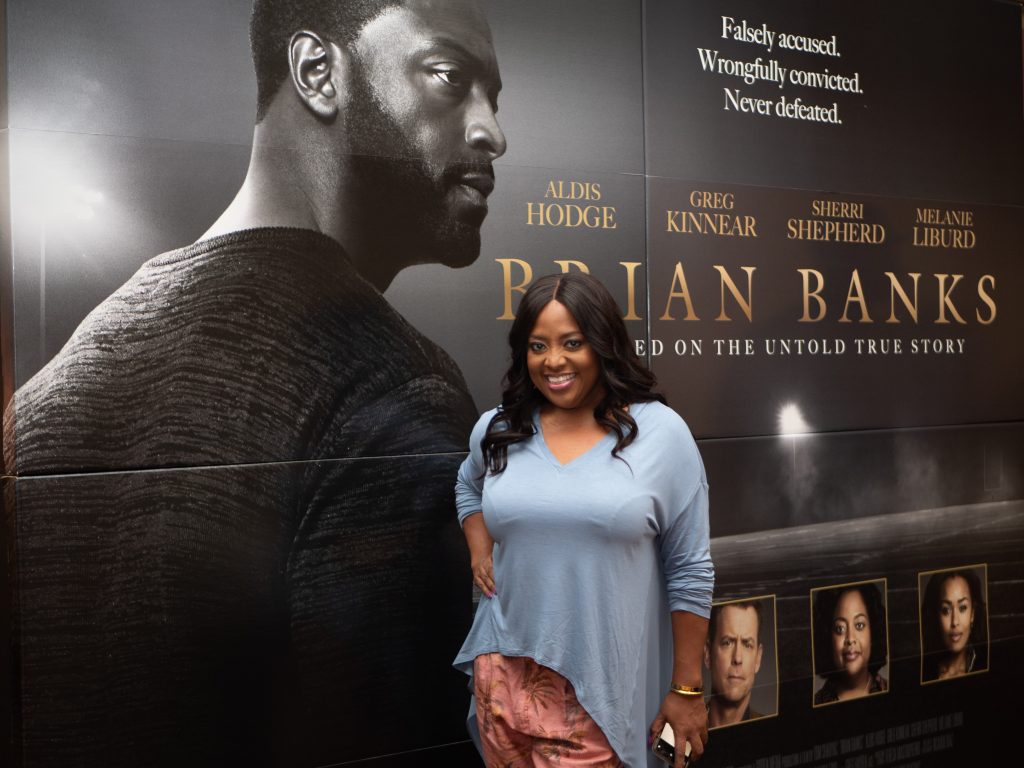 By now, everyone should be talking about Brian Banks. I mean, talk about tragedy turned into triumph! At the age of 16, this star Long Beach Polytechnic High School football player was ranked the 11th defensive lineman in the nation. Banks was recruited by Division I colleges. Everything changed in 2002 when his classmate, Kennisha Rice, accused him of rape. He and his mother, Leomia Meyers, spent a lot of time and money trying to prove his innocence.

That’s what the new Brian Banks movie is all about.

I went to a private screening and got the inside scoop from comedian/actress Sherri Shepherd who plays Banks’ mother. I had some funny moments talking to the Chicago native about what she loves about her hometown. But when we got into the details of Brian Banks, it just goes to show that the justice system really isn’t just.

TrueStar.Life: How does it feel being back in Chicago?

Sherri Shepherd: I’m so excited to be here! This is my city. This is my hometown where I grew up. I have family here, I’ve got friends from high school here. I am very excited.


SS: Gosh, I don’t even think they have any more Ever Black Plaza. That’s when I was growing up. You’re too young for that, girl. [Laughs]. Giordano’s Pizza, The Bud Billiken Parade, we used to go to the step club. Family reunions are always here on the South Side. I mean, you’re still too young, but they used to have little candy stores and I’d get my strawberry cookies. Just everything girl. They used to have Chic Rick’s, the dance club. Oh man, so many memories.

TSL: When you’re back in town, what is your must go-to spot?

TSL: Growing up, what was your favorite memory of Chicago summers?

TSL: Let’s get into Brian Banks. As you were learning more about Banks’ mother, Leomia Meyers, what was the most challenging part about preparing for this role?

SS: The most challenging part was that everybody knows me for my comedy and making people laugh. It was very hard to get the audition. That was the very thing that worked against me. I really had to fight for it and believe that I could do the part. I had to convince people that I could do drama. Thankfully, it only takes one person to believe in you, and that was the director, Tom Shadyac. He wrote The Nutty Professor and he directed Eddie Murphy. He also directed Jim Carrey and a lot of his movies. So, I knew I had it when he said, “I had to sit on Eddie Murphy with his comedy, I had to sit on Jim Carrey, I think I’m going to have to sit on you.” That’s when I knew I had it.

TSL: What do you believe made you stand out the most to Tom Shadyac?

SS: He felt that I brought a gentleness and a quietness of spirit to the mother whereas a lot of women came in and auditioned in a way where you could see the hardness of a mother. Typically, you think that if somebody takes your child, you’re going to fight them back. There is a hardness that we have. That ferocious, screaming out loud. But he liked that I was very quiet with my strength. 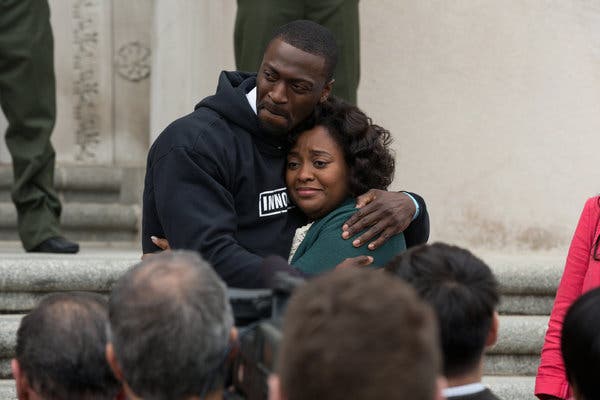 TSL: This movie is all about a tragic story with an uplifting ending. What were some of the happy and lighthearted moments you had on set with the cast?

SS: We were so silly. We would dance and sing the theme song to “Good Times.” The courtroom scenes were so heavy that a lot of the extras broke down. They were used to seeing me on “The Jamie Foxx Show” and “The Newlywed Game.” When they saw me break down, they started crying. We had to stop and hug. In between, we had a lot of fun, but there were a lot of courtroom sessions going on because we filmed at a real courthouse. Aldis [Hodge] was so loud and acting so stupid that the judges would come out and go, “Calm down! We’re having court!” [Laughter]. Which would make us laugh more. He was breakdancing. We were very silly in between takes because the material was so heavy. We had to play around.

TSL: What is the greatest lesson that you’ve learned after meeting and speaking with the actual Brian Banks and his mother, Leomia.

SS: From Leomia, I learned strength. I learned perseverance. I learned never giving up and believing in your children. She’s about to get her master’s degree, so I learned that you never stop pursuing your education. No matter how old you are. From Brian Banks, I learned that you can go to hell and back, and you can still move on. It all starts in your mind and being able to let things go.

TSL: For the young Black men in Chicago going to see this movie, what do you want them to take away from it?

SS: I want them to see that one decision can change your life. I want them to get hope from this movie. That no matter what you go through, you can keep moving. You can smile. Nothing can hold you down. I want them to learn from Brian’s persistence and toughness. I just want them to feel like the world doesn’t have to be against them. Even if it feels like it is, you can still make it through. 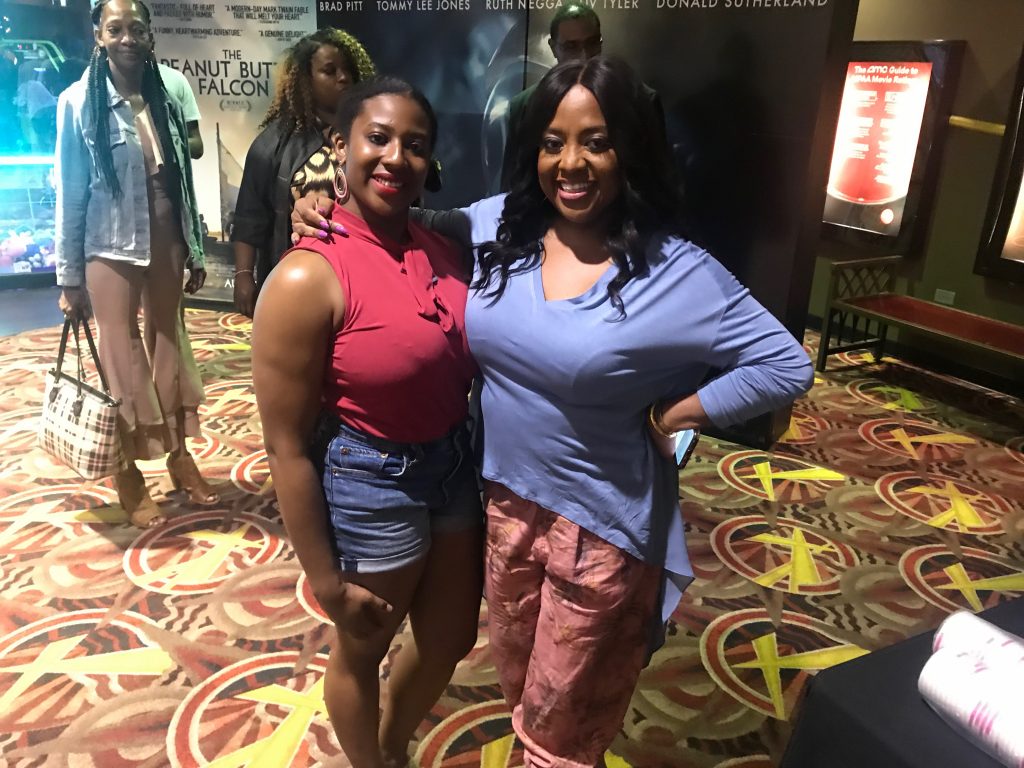 TSL: Thank you so much for talking with us!

There you have it! Be sure to support Black Hollywood and go see the new Brian Banks movie! 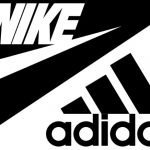 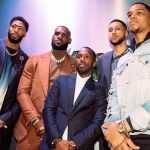