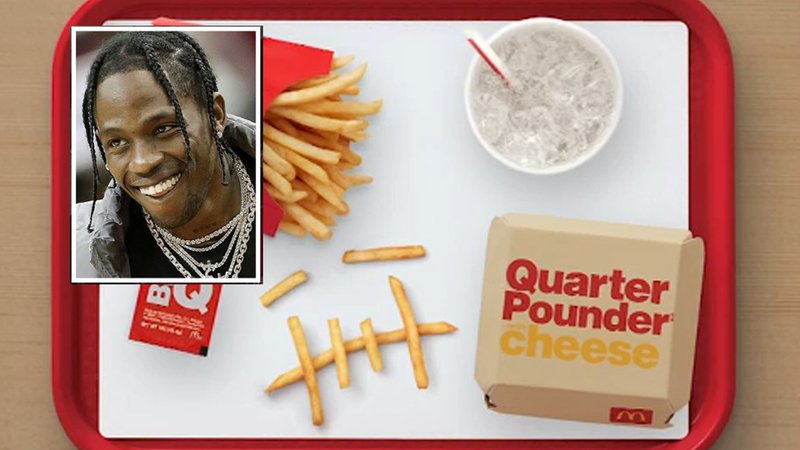 The power of music is undeniable, especially when it comes to the massive trends it creates in our culture. Popular music creates trends that directly influence consumer markets and contribute to the culture of the audience. The field of pop music inherently depends heavily on the brand of the performer; the impact that sponsorships and product placement in pop music have on the markets of the intended audience is significant enough to shape culture and make some serious cash.

Back on September 8th, McDonald’s partnered with rapper Travis Scott to release a $6 meal named after the rapper (the first eponymous collaboration for the company since 1992). The meal features a quarter pounder burger with lettuce, bacon and cheese, a medium order of fries and a Sprite. This is modeled after Scott’s childhood order at the franchise, a personal touch rarely seen in celebrity sponsorships. Whatever the appeal was, it worked. Trending viral videos showed large numbers of customers arriving at store locations to purchase the meal. McDonald’s told Fox Business that they were suffering temporary shortages of some ingredients necessary to create elements of the meal. One main factor of the popularity of the partnership was the usage of the rapper’s single “SICKO MODE”, played by hundreds of customers at drive-thru windows to announce their desired order as a joke. Employees were given specific protocol instructions to play along with the customers, and be receptive to the crowd hype surrounding the collaboration. This partnership opened up larger opportunities for the rapper’s own brand, inspiring merchandise modeled after fast food items to be sold in Scott’s merch store.

Celebrity brand deals are definitely not new, but global markets have seen a huge impact because of the pandemic. Small scale sponsorships are more common than large promotions like Scott’s, especially one with such historic implications for McDonald’s. Will you be trying the Cactus Jack meal? Hit me up and let me know.