With a season plagued with unfortunate injuries and COVID interruptions, the 2021-22 NBA season should be considered a success for the Chicago Bulls.

At one point in the season, they were the No. 1 seed in the Eastern Conference at 39-21, they had two all-stars, and they made some crazy history en route to the playoffs.

But, they also finished sixth in the East and put up an underwhelming performance against the Milwaukee Bucks, losing in five games in the first round of the playoffs. Now they have to do some offseason duties to figure out what went wrong in the second half of the season. This starts with answering the question: How will the Bulls handle Zach LaVine’s free agency?

Hands down, if the Bulls do not re-sign LaVine, the offseason is a failure; he’s a must for the Bulls. He’s a significant part of their identity. The Bulls’ personnel meshes well, has shown great leaps with their play and plays hard on both ends of the floor. So, the Bulls should be relatively silent this offseason.

Besides re-signing LaVine, here are three other things the Bulls should make.

The Bulls and Bulls nation love Patrick Williams and knows he has a promising career. But he is still developing, and the Bulls need that monster now. If the Bulls want to win now, they need another high-caliber player to compete with the superteams of the NBA.

The only concern about Williams is his availability. He is a terrific talent, but the reality is that he missed most of last season recovering from a broken wrist, and teams will be very cautious when going after him.

If the Bulls use Williams and their #18 pick, they could move into the top spots in the draft to get a potential gamechanger.

Last offseason, the Bulls surrendered a lot to the Orlando Magic for the Montenegrin-Belgian big man, and it’s approaching the time where they have to clarify his status on the team.

All the Bulls’ front office has to do is avoid overpaying. A long-term contract is a potential chaos considering his athleticism will likely take a sharp downturn over the life of his next deal. He lacks the quickness required to thrive in the postseason, but it’s hard to envision a scenario where the Bulls move him due to his value as a scorer in their half-court sets.

Chicago doesn’t necessarily need to put a contract together for Nikola Vucevic this offseason, but they should be gathering a clear plan of what he’s going to do.

Coby White can be a nice bench option for a good NBA team, but the reality is that Billy Donovan trusts Ayo Dosumnu more in that role. That makes White and his expiring contract an intriguing trade chip for Chicago this offseason.

Plenty of teams looking for scoring off the bench will be happy to roll the dice on White and his first-round pedigree. In a perfect world, the Bulls could turn him into a valuable wing. Even flipping White for a reserve three would do wonders to improve Chicago’s roster flexibility next season. At the very least, the Bulls should be able to move White for some valuable draft capital.

The reality that LaVine’s next contract will take him through the remainder of his prime makes it a relatively safe bet for Chicago. They simply have to lock their best player up for the long haul this offseason. Anything else would be an abject failure by the team’s front office. 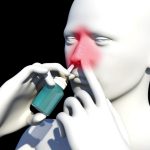